I Share the Real World with My Kids - Warts and All

Why I tell my kids (almost) everything 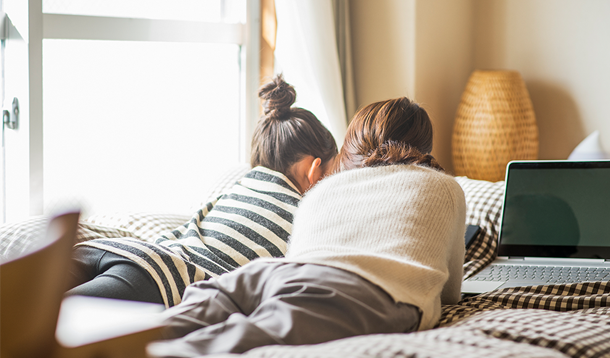 “Donald Trump is a huge jerk!”

When my nine-year-old daughter exclaimed that watching TV, my in laws looked at me like she had just riddled off a bunch of swear words without consequence. I felt all eyes on me like my parenting was somehow allowing this child to be tainted by reality.

My mother in law was incredulous. “Why does she know about that?”

Um, because it’s happening in the world. It’s affecting the world. I think he is a legitimate ahole. Why sugarcoat it? Just because she’s a kid?

I was a journalist at an international newswire for almost a decade, so I’m a bit of a news junky as it is. But I don’t believe in shielding my children from big world news. No, I’m not going to announce to them if a gunman goes into a kindergarten. I share age-appropriate things in age-appropriate ways. But I’m also not going to lie and say things aren’t so, and I won’t turn off the TV if a major political figure is being questioned for the veracity of the things he asserts.

I want and expect my children to be informed and discerning. I want them to know that leadership doesn’t guarantee trustworthiness and, well, even intelligence!

We watch the news every morning in this house. I turn on our local morning show and they see the snippets of fires and wars and politicians gone bad. If the news is particularly bad that day, yes, I’ll turn it off. I’m not looking to send my kids to therapy to learn how to handle the gun violence in Toronto. But I’m also not going to pretend that the world into which I brought them is roses and rainbows. It’s not. They are fortunate. I see zero reason to protect them from the context that will illustrate that to them.

What’s so bad or wrong about that? In this house, not a thing.