Look South and Be Reminded Why You Must Always VOTE 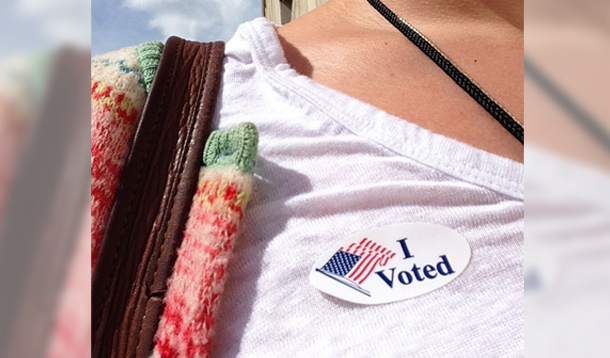 My parents looked at me like I was a pod from Invasion of the Body Snatchers. I had just said something very uncharacteristic of me. Something that shocked them. Something that disappointed them. I had said I wasn’t going to vote in the Ontario municipal election.

This was surprising because I am generally very outspoken about exercising your right, and your duty, to vote. In fact, I have written entire articles absolutely tearing down anyone who doesn’t. When Trump won, I was livid at non-voters. When Doug Ford won, I was frothing at the mouth at the people who had refrained from voting and let this happen. But the absolute truth was, I hadn’t been following this local election closely, time had gotten away from me, and for a fleeting moment, I thought it didn’t really matter if I voted in this particular election.

I was wrong, of course. And I did see the error of my ways. I did research the candidates, and I did get to the polls in time, and I did cast my ballot, fulfilling the duty I so often preach about. And I’m glad I did.  You see, despite my moment of disillusionment, voting matters. Always. Every single one.

On Tuesday, the USA held its midterm elections. While voting is always important, I don’t recall ever hearing such weight placed on a midterm election before this one. Encouragement to vote flooded social media, television, and general conversation. Much of the emphasis was on creating a so-called “Blue Wave” meaning securing as many Democratic spots as possible in order to add checks and balances to Trump’s largely free reign government.

I watched election night unfold on Twitter, which, for better or for worse, is often an efficient way to stay up to speed on fast-moving events. I saw celebrities, recognizing their influence, engaging with anyone who was in line waiting to vote or who had voted, as a means of encouragement. I saw people sending pizzas to the unprecedented long lines of voters.

Even more importantly, I saw people calling out instances of voter suppression, faulty machines, and other hindrances to the vote. I saw people sharing resources to help others make sure their votes were cast. I saw people coming together, passionately taking action for control of their own destiny and that of others.

And it worked. People came out in droves. There wasn’t quite the Blue Wave we were hoping for (we knew it was a long shot), but there was a significant Blue Ripple, like the kind that spreads after a boat passes by, rocking everything in its path. The Democrats won the house back. That is a big deal. That means Trump and the Republicans will no longer go completely unchecked.

It’s a long list. And it isn’t just impactful from an indication that we are making progress perspective – this means that the government in the U.S. now has more diverse representatives. Think about what that will mean for so many who have been historically under-represented and oppressed by a system founded to benefit white people, particularly white males, at the expense of others.

Even Susan B. Anthony, the woman widely recognized as a hero for her efforts in taking women’s rights to vote, actively tried to stop black people from voting. “I will cut off this right arm of mine before I will ever work or demand the ballot for the Negro and not the woman.” Anthony was passionate about women’s rights – but completely indifferent to the struggle of black people seeking the same rights. But each election, her grave gets covered in I Voted stickers, while Ida B. Wells, a true hero who fought for the rights of women and black people, goes unmentioned.

We still have a long way to go, with Anthony’s brand of feminism still reigning. Feminism without intersectionality is a form of white supremacy. And before we get too smug, Canada has a similar history. This election helped bring other people to the table.

We think our one vote doesn’t matter. But what are waves made of? Millions of single drops of water. The votes cast on Tuesday mattered. There were some heartbreaking losses, but there were unprecedented wins, and I am proud of the American public for not taking their right and their duty to vote for granted.