Holding Up a Mirror to White Allyship 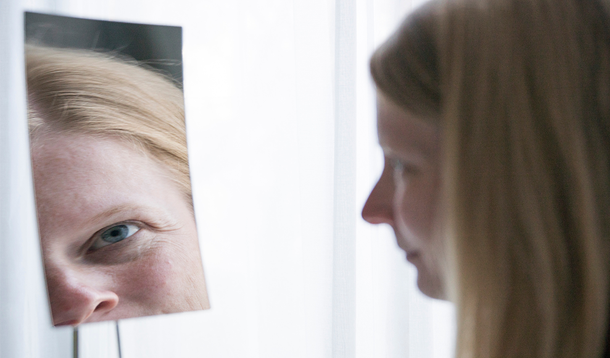 “I’m tired of being an advocate for black women, but I know wherever I stop is where my daughters are going to have to pick up. So I keep going. Long after I’m tired.” -Bunmi Laditan

Listen closely, white readers, I am going to be speaking directly to you. Our privilege to turn a blind eye to racism is a choice. Choosing to actively disengage from the stories and the fight of POC, particularly women, is to intentionally and conscientiously decide that their lives are less important than our own.

I can hear some of you balking already. You aren’t racist, right? Chances are, you probably aren’t out there in hoods at KKK meetings. You probably don’t use slurs. You probably have a lot of friends who are POC. But if you are not actively amplifying the voices of POC, and fighting alongside them, you are making a choice to allow them to stay vulnerable. There is no place for neutral.

Last week, Nia Wilson, a black woman in Oakland, was killed in cold blood, and her sister wounded, by a white man. Her death shook the black community, but it should have shaken all of us. We should not have to be told to care when the victim is a black woman.

In response to Nia’s death, writer and Instagram influencer Rachel Cargle created a post meant as a safe space for women of colour to share their feelings, fears, and vulnerabilities. It was a place to check in with each other, and it was meant for them. Rachel asked that only women of colour comment, specifying no men and no white women.

This space should have been respected. Women of colour have every right to ask for a safe space, particularly when they are feeling more threatened than usual.

But that is not what happened. Unable to handle letting these women have this, the safe space was invaded. It was reported to Instagram, and Instagram initially removed it before reinstating it after backlash. Too little, too late. The message was sent.

In response, Rachel said, “Do you see how not only are we killed in the streets, we also are punished for grieving. We are not seen as human, we are not regarded as beings who live and breathe and feel and are worthy of existence. We are oppressed, then we are killed, then we are silenced.”

Rachel also put out a call to action for white feminists, particularly those with influence, to amplify Nia’s story - to call out the injustice of her death and the lack of outrage from white people over it. She asked us to choose to stand up and hold each other accountable. This should have been met with a deafening cry of solitidarily, but was instead turned into a situation that once again made black women more vulnerable. Influencer 25Park chose to ignore the call to action and instead go on the attack. She claimed to be an ally, but proved instead to be a shining example of toxic feminism.

White readers. Listen closely once more. We have privilege. This is not a debate. We benefit from being white, whether we want to or not. And with that privilege comes responsibility to use our privileged voices to amplify those of POC.

Holding us accountable for this responsibility is not an insult. It is not a personal attack. It is a reminder that our ability to choose to address racism or not means it is our responsibility to choose yes. When Rachel says she wants to “Hold up a mirror” to white people, or more importantly for white people to hold those mirrors for each other, that is not inflammatory. It is a reminder of our humanity.

If you are white, you are doing things that harm the POC community. For most of us, it is unintentional, but it happens because of the system that is in place that works for us and against everyone else.

Rachel discusses the Pyramid of White Supremacy. At the top of the pyramid is genocide, followed by violence, discrimination, veiled racism, minimization, and ending with indifference on the bottom. Chances are, if you consider yourself an ally, you are not guilty of the top two. Perhaps not even the top four. But as people with privilege, it is easy for us to slip into the bottom tiers of minimization and indifference. As allies, it is our duty to guard against it and call each other out when we see it.

Look into that mirror.

If you have gotten this far, you are probably feeling one of two things. You may be feeling the pull of the call to action, and ready to join our sisters of colour in their movement. You may be feeling outraged that women of colour are less safe than we are simply because of the colour of their skin, and you might be wanting desperately to help correct that.

Regardless of how you are feeling right now, there are things to consider.

First and foremost is the widely spread, and categorically true phrase, “Black lives matter more than white feelings.” We need to get over ourselves. We may feel insulted, but POC are being killed. Our feelings do not belong in the spotlight.

We need to recognize that we do not belong in every conversation. It is our job to amplify the voices of POC, not speak for them. And we need to acknowledge and respect that while we may be perfectly nice people individually, white people as an institution pose a threat to POC. They need safe spaces, and we are not entitled to claim them. Even if we are allies.

Remember that it is not up to POC to educate us on how to be allies. As Rachel puts it, we need to “do the work.” There may be some POC who choose to open this dialogue and help us to understand, but it is not their responsibility to do so. Being an activist means being active in our own education.

That said, when POC are speaking, we need to shut up and listen. We do not and cannot know what it is like to be a POC, especially a woman of colour, but we can make the effort to really hear POC when they speak of their experiences and their needs.

White people: I am not asking you to choose to actively engage in the fight against racism. I am telling you that it is your responsibility to do so. And if you choose not to, if you choose to allow this community to remain vulnerable, expect other white people to be breaking out that mirror and holding you accountable.