All Children are Our Children

... regardless of where they were born 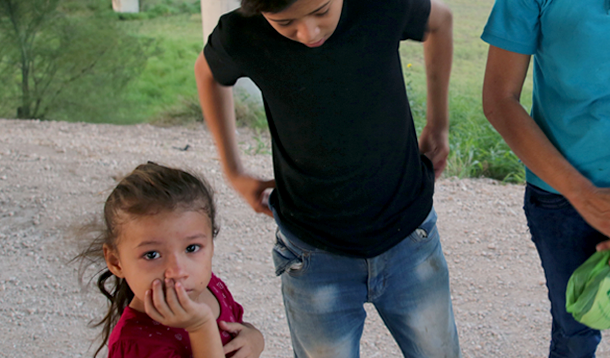 “A child on the other side of the border is no less worthy of love and compassion than my own child.” – Barack Obama

It takes a village to raise a child. We’ve all heard that adage, the implication that you can’t bring up children in a vacuum, you need the support and influence of a community. Few disagree with this sentiment. But what’s missing from the proverb is apparently the addendum that only children from your own village count.

I have been horrified watching the news of children ripped from their families and held in what amounts to internment-camp-like cages. The sounds of children screaming, the accounts of breastfeeding infants being taken from their mothers’ arms, the images of traumatized families, it all swirls in my head as I try to make sense of what was once our closest ally committing such crimes against humanity. It is something out of fascist history books, and I can’t believe it’s real.

I’m sick to my stomach, but I can’t honestly say I am shocked that the current administration would stoop this low. They have made it clear many times over they lack the compassion for decency required to run the free world. What has chilled me to the bone instead is the reaction of the public.

I’m seeing the outrage I naively and perhaps too optimistically expected to be the universal reaction to what amounts to intentional and methodical child abuse. But it is far from universal. In fact, I’m seeing far too close to an even split between people shouting this is wrong, and those scrambling to justify traumatizing children.

The facts used to make it seem like this is okay are usually wrong. There’s the argument that this started under Obama, when in fact separating families is done under the guise of a new protocol laid out by the current administration. Then there’s the, “but they’re criminals” excuse, ignoring that fact that these families are legally seeking asylum. And one of the most popular excuses, “blame the parents” as though parents would uproot their entire lives and make this dangerous trek if they weren’t facing horrors in their homes.

What bothers me about these comments is not the factual inaccuracies. It’s that even if every word was true, it would not justify what is happening to these families. That so many people can see children being tortured and make it about politics, or patriotism, or policy has given me the sudden realization that there are untold numbers of monsters who walk amongst us. Children are being permanently traumatized, and I see people arguing over the definition of a cage, what the Nazis really meant, and that basic needs of children includes food, shelter, education, but not the safety and security of their families. 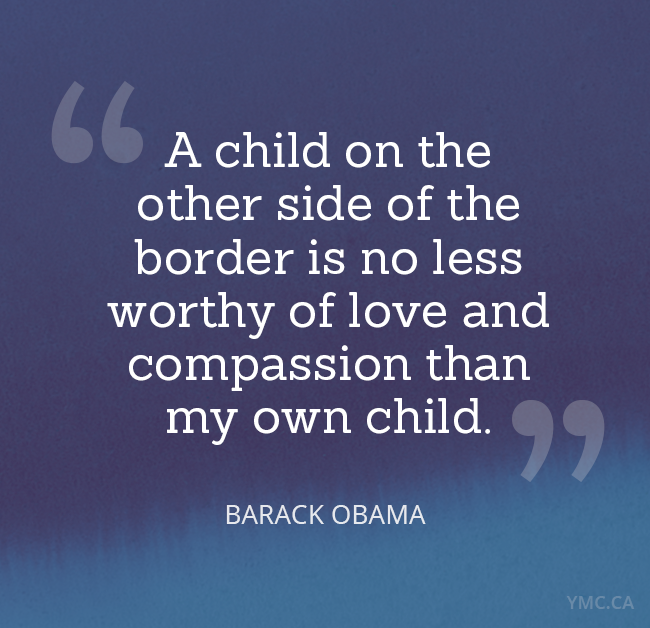 I’m watching children who have essentially been kidnapped and held hostage in a foreign land, unable to understand what is happening to them due to language barriers and the fact that they are children, likely thinking they have been abandoned by their parents or worse, and hearing people say, “I’m not weighing in on this, I see both sides,” as though a side that includes the abuse of children could ever be considered valid.

When did we start valuing arbitrary lines in the sand over our humanity? We were born where we were born by cosmic accident. Those of us lucky enough to land in a free and safe nation, instead of in a war-torn or violent or impoverished nation like the ones these families are fleeing, is simply luck of the draw. We didn’t earn it. And clearly, some of us don’t deserve it. Yet so many will so freely and unapologetically turn their backs on people, children, who are suffering because they weren’t born on this side of the invisible line on the map. As though children who are not of the same nationality as ourselves are less valuable. As though they are expendable.

How did we get here? If you can look at these terrorized children and your reaction is to look for justifications for their suffering, is there anything you aren’t capable of? Can you even be considered human at that point?

I’m mourning for these children and their families. I’m mourning the loss of humanity among people who have everything and are unwilling to extend an ounce of compassion to those who have nothing.

I’m mourning the world I thought I knew.

These children are ours. Their lives as valuable as our own. If you have added a “but” of any kind to the sentence, “what is happening to these children is deplorable and heartbreaking,” I implore you to take a long introspective look at the person you have become, and ask yourself if this is who you want to me. If you want this to be your legacy.

Do you want to be remembered as the arbitrary policy follower, or the person who fought for the well-being of all children?

Please see here for ways you can help these families separated at the border.