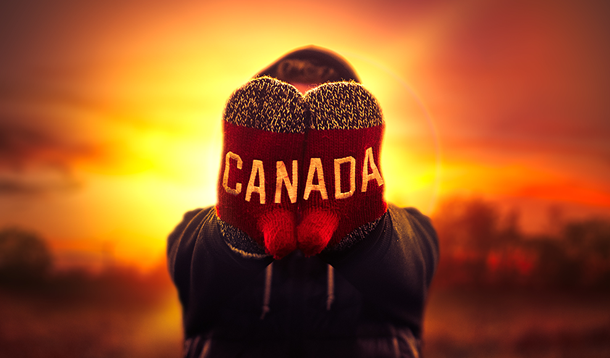 Donald Trump made some waves recently when he declared Canada a national threat to the United States. The reaction from Canadians and Americans alike was a uniform, “Are you kidding me? Canada? You know what Canada is, right?” Canada is like that one friend we all have who gets along with everyone. If you are feuding with that guy, chances are the problem is with you, because everyone loves that guy.

But let’s give The Don some credit, there are some ways Canada could pose a threat to the U.S.

It’s delicious. It’s filling. It’s hard to stop once you start. Americans haven’t had the same amount of time to build up a tolerance to the wonder that is poutine as Canadians have. It’s possible there could be an epidemic of over-indulgence.

Can beavers get rabies? I don’t know. But look at those teeth! Look how much rabies they could transmit! Beware the beavers, U.S.A.!

Canadians will argue with strangers about who should enter the building first. We could shut down the White House with an infinite game of “No, you first.”

I mean, we have live-action Prince Eric as the leader of our country. If he could get Ariel to give up her voice (and the lower half of her body, which no one ever seems to mention), who knows what he could get the innocent citizens of America to do!

Ruin american beer for everyone

We have good beer. It’s just a fact. We could spread the word how much better our beer is and then everyone will be jealous. No one likes being jealous.

Sorry, chocolate bar vendors, that’s five Canadian quarters you have in there. You’re out $0.28. Sucka!

I’m sure there are other cute, talented, ego-centric kids in Stratford. We can find them.

We have delicious, candy-coated chocolate Smarties, and your Smarties are essentially chalk, so I suppose that’s not a huge threat. But we could do it! Don’t push us!

Oh, wait, we already did that. Sorry, America.

Don’t let their doofy faces fool you, moose are huge, strong, and can swim. And, if all of our Canadian merchandise is to be believed, they have an in with the rabid beavers.

Burn down the White House 200 years ago

Technically, that was the British, but we like to take credit for it. We could remind you that we did that. Looks like you’ve rebuilt it pretty nicely, though, good job!

We could plaster the cities with Canadian flags and hockey memorabilia. Then all of your movies and TV shows will have to actually be filmed in New York City!

Take back the Ryans

Gosling? Reynolds? They’re ours, remember. Don’t make us blow the Ryan horn and retrieve them.

Put a 'u' in all your words

Do you want to be on your best behaviour and go down to your neighbour’s parlour to check out the colour they painted their moulding using their favourite low odour, low vapour stain from the store down by the harbour? No? Then don’t mess with us.

Americans, we love you. We would never unleash these horrors upon you. You are our favourite neighbours, and one of our closest allies. But if you start to wonder if we could be a threat, just remember the poutine.