Not Voting isn't a Protest, it's Stupid

Not voting sends a message - the WRONG one 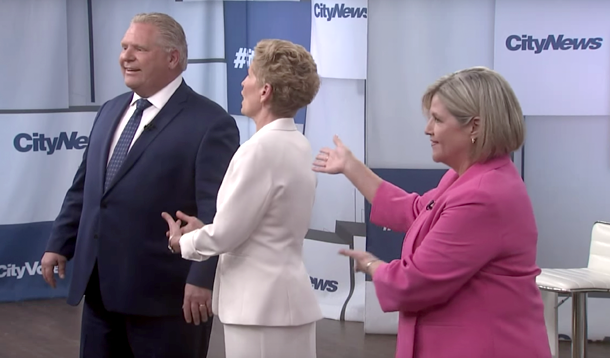 If you live in North America, I can almost guarantee you’ve heard this multiple times: “I don’t know who to vote for; I hate them all.”

It’s true, pickings have been slim in recent major elections. I don’t recall the last time I heard someone say, “I really like this candidate,” favouring instead to say, “I don’t like any of them but definitely not THAT one.”

I get it. I’m in the same boat. It really is a guessing game about who is going to do the least damage.

In situations where all the candidates suck, I often hear people proudly boasting that they are refraining from voting in order to protest or send a message. Some of these people even go so far as to visit the polling stations, get a ballot, and spoil it either by submitting it blank or writing a message on it.

Here’s the thing, though; that’s not a protest. It’s not sending a message. It’s just stupid. It is quite literally throwing away your vote. It’s a way to let you feel like you’ve done your civic duty, when all you have really done is passed the buck.

“If everyone did it, that would sure send a message, though,” some say to justify not casting a ballot. Yeah, it would. If you can get everyone on board to do the same, go for it. But, if one person in each riding happens to vote, you’re screwed – unless of course you’re that one person who actually voted.

Not voting, in protest or in laziness, sends one message alone – that you are willing to allow others to make this decision for you.

Someone is getting voted in, like it or not. It’s not as though low voter turnout and spoiled ballots, results in officials saying, “Welp, obviously they all blow,” banging the gong, and dragging them off the stage with a giant theatre hook.

They go with whoever got the most votes, now matter how many votes there are.

This is not to say you have to accept inferior candidates. If you want to ensure an election in which there is a candidate who represents you, get involved well before the election.

“Oh look at that loser they chose to head the party I like,” is something you say way too late. “They” are actual people. There’s no elections Sorting Hat. Candidates don’t pull a sword from a stone. Party members vote them in.

Get involved in your local riding. Help choose your local candidate. Become involved in the nomination and selection process. Then maybe, just maybe, come election time you will be voting for someone you believe in. Or at the very least, if you still don’t like the candidate, you can say, “Well, this guy’s a MF-er, but at least I tried.”

Why does it matter that you vote if you think they will all do a shit job? Because even shitty candidates have platforms and make policies that affect you and other citizens. One candidate may be equally unqualified as another – but they don’t all believe the same things.

And these things matter. Like their stances sexual education and its connection to domestic violence. And health care. Do you have a body? Do you care what happens to it? The environment, because breathing is probably also something you enjoy doing. Or taxes. Or social services. Or education.

The list is endless. These are the issues, no matter who is at the helm. Whoever wins is going to make decisions about these things on your behalf, so you better decide which of the bitter pills will be easiest to swallow, and hold your nose.

By all means protest. Make signs. March. Write letters, make phone calls, get your voice out there, make yourself heard. But do not protest by boycotting the polls. That’s not protesting - that’s laying down to create a smoother path for others to walk over you and get what they want instead.