Why You Need to Teach Your Boys to Handle Rejection

Talking to Our Sons in the Age of #MeToo 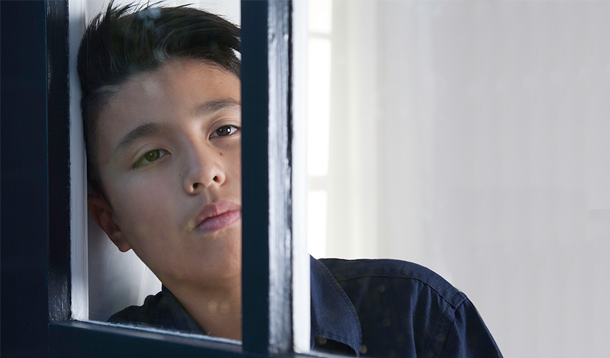 When the van crashed into the crowd in Toronto, speculation that it could be the work of an international terrorist began immediately. The declaration of terrorism turned out to be correct – but it was misogyny, not extremist religion, that drove this mass killer.

He belongs to a subculture called Incels – men who define themselves as involuntarily celibate. The crux of their grievance is that they have been unable to find sexual relationships despite the desire for them, but more perverse, they feel entitled to them. Their existence may have been brought to the forefront by the attack, but it was old news to women. We have dealt with men like these our entire lives.

The tragic school shooting in Santa Fe last week further highlighted the need to address this, and all forms of toxic masculinity. One of the victims, Shana Fisher, had been relentlessly pursued by the shooter for four months prior to her murder, and repeatedly blocked his advances. Rejecting him cost her her life.

No one should feel like they can’t say no. In the age of #MeToo, people often ask why a victim of sexual assault didn’t just leave, or say no more aggressively. This is why. Because it could mean being killed.

It’s easy to think that only psychopaths would feel entitled to a relationship with women. It’s true that there is more to a school shooting than rejection; access to guns, mental health, and many other factors culminate to create a school shooter. But one of the things that is nearly universal is that the shooters are angry males.

Not all angry males become mass-murderers, but they do collectively pose a threat. How are we creating these men who feel entitled to women? Is it only “bad guys” who feel that way?

I don’t think it is. A tweet by @adigoesswimming opened my eyes, when she stated, “My teenage nephew told me he asked a girl out and she turned him down. I said, ‘You know what to do now, right?’ He said, ‘I know I know keep trying’ and I said ‘NO. LEAVE HER ALONE. She gave you an answer.’ He was shocked. NO ONE had told him that before. TEACH. YOUR. BOYS'.”

I ruminated on that statement. I tried to unpack it. How did we reach a place where boys feel entitled to women unless they are specifically told not to?

I thought about how dating is presented to young people. Girls are told the way to attract a man’s attention is to “play hard to get.” Boys are conditioned to view girls who don’t enthusiastically return their affections as an attractive challenge. Part of playing the game.

It’s the modus operandi of nearly every romantic movie: Boy meets girl, girl rebuffs boy, boy keeps pursuing girl, girl repeats her lack of interest, boy performs a grand gesture, girl falls madly in love with boy. They live happily ever after. It’s no wonder the young man above thought the next move was to keep trying to win her over.

We teach our children, “If at first you don’t succeed, try try again," but that simply doesn’t apply to relationships, romantic or otherwise.

At the park yesterday, my youngest son kept telling my oldest son he didn’t want to be chased anymore. My oldest son continued to chase him, alternating between attempting to convince him to keep playing, telling him it wasn’t fair that he wouldn’t let him chase him, and chasing him anyway.

The words “no one had told him that before,” replayed in my head. I called him over and told him that if someone says they don’t want to do something, you drop it. Full stop. Your choices are to ask them what they do want to do, or to stop playing with them altogether, and that isn’t negotiable.

His response sent shivers down my spine. “He should have said he didn’t want to be chased more clearly.” His brother had said no, I had heard him. But the implication of that sentence meant more to me than a ten-year-old with an uncooperative brother. It had echoes of No Means No, a campaign I have been vocal against.

This trip to the park became a lesson on 'enthusiastic consent,' meaning, no means no, but so does everything except actively saying yes. We’ve been through this before, but clearly like all big talks and life lessons, it needs to be an ongoing discussion. In that moment, I flashed forward to him trying to convince a potential partner the way he was trying to pressure his brother. I refuse to allow my boys to feel entitled to another person.

It’s not enough to assume our sons are good kids who would never feel that way. The messages in the world around them are so pervasive, the only way to prevent them from inadvertently developing this bias, to any varying degree, is to actively counter it. We need to teach our sons how to handle rejection. We need to clearly tell them that no is non-negotiable, and anything besides yes means seek further clarification or back off entirely.

Toxic masculinity is a poison. Its reach is far and it contaminates everything it touches. It’s up to us, parents of boys, to do better by them – for society’s sake and for their own.