This is the philosophy meant to challenge us in these modern times. 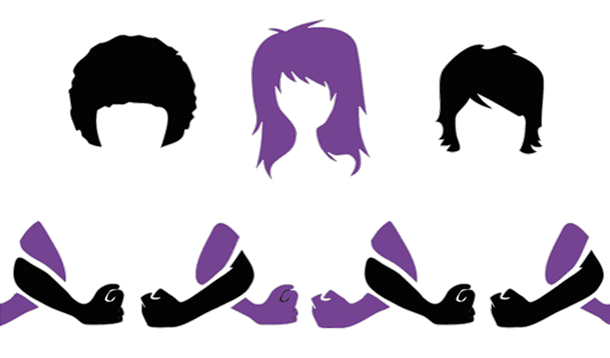 We're not a perfect society - not by a long shot - but you have to admit, compared to some countries? We in North America have it pretty good. This is what's frequently ground into our faces by people who are against the women's movements. We can vote. We can work. We're equal, in their eyes. Why fuss?

The need for feminism isn't over. Like liberty in general, the price of having our rights is eternal vigilance. Things that should be absolutely basic rights for women, such as unimpugned access to affordable birth control, are still under fire today. So no. We still need feminism. And we shouldn't get lax over protecting our rights and pushing the envelope in equality and human decency. Not only do we need to protect ourselves, it helps inspire and push eglitarian change in other countries, too, at a pace that they can manage - under their power.

It's a shame that more people aren't into Star Trek. Gene Roddenberry was, in many ways, a visionary. Bend your head around this: this show came to being before the Long Hot Summer of 1967 and in the middle of the Cold War. Most people glance at the cheesy sets and people wearing face paint, and they look away. They don't see that, in the Good-Housewifey era of the1960s, he had black people, women, and foreigners were working side by side in a professional environment, the likes of which are only just becoming the norm today. They don't see the women empowered in their own abilities and sexuality. And they overlook the enigma/moral dilemma that is The Prime Directive, the guiding principle of Starfleet and the curiously forward-thinking awareness of the problems that arise from cultural meddling which was introduced to television in 1967.

Roddenberry's Star Trek has never been a show about life in the future. It was always about wrestling with the problems of the present and the recent past.

Intersectional feminism echoed many of these things that Star Trek conducted thought experiments with. Who are we, really, to decide what is right and proper for another culture's development? Is it right for us to condemn acts, beliefs, and rituals as barbaric? The line is sometimes fine and tricky. Involvement comes with consequences. And how much do we impress our ways on things just by the very act of existing?

This is the philosophy meant to challenge us in these modern times. We must constantly be aware of the distorting effect we have on others. We can't cease to exist, it isn't right for us to interfere, but we have to settle at best for providing example from afar and letting them make peace - or war - with their own progress.

Today, the women of Spain decided that enough was enough. They were tired of being paid less, having their domestic work undervalued, being sexually harrassed at work, and having domestic violence rates escalate. Even the unions got in on the action, and over 5 million people participated in the two-hour walkouts. They were ready, and the poll in El País where 82% of respondents said the strike was justified gives me hope that the women there will be enabled to make a positive change for their futures in their own lifetimes.

As a humanitarian, It is frustrating to watch progress in uplifting others around the globe be measured in generations when so many people are suffering. But even just like weight loss experts say, the slower changes are more likely to stick and become a lifestyle. It is up to the people to decide whether they want to change.

And the change doesn't necessarily need to look like ours. Who knows? We don't have any monopoly on being the best at something. I would love it if the women in Spain or other countries will grow their communities into something better, and we can learn from them.

Learning to appreciate the magnificent accomplishments of other cultures was part of the Star Trek principles, too.

RELATED: I'm Not Teaching My Sons That No Means No