The Kids Are All Right

amidst this most recent tragedy emerges a spark of hope. Or perhaps rather a raging fire. The kids have had enough. 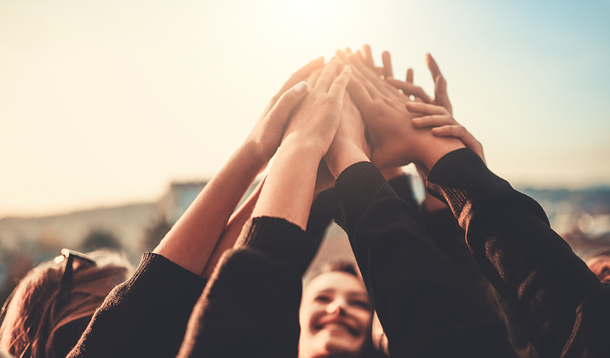 The shooting at a Florida high school last week left us shaken and angry. 17 innocent lives gone.  Parents worried for their children, children were forced to consider what they would do in a similar situation, and the inevitable political debates follow these all-too-frequent mass shootings.

I was in my final year of high school when Columbine happened. I remember feeling helpless and petrified. It was the bursting of a bubble, the realization that this could happen at a school like my own. It was a huge deal, and a call to action to make sure it never happened again. It was unfathomable. But it felt isolated. Once the initial horror was over, we went about our lives and the fear from it dissipated.

19 years later, with Columbine no longer being in the top 10 worst mass shootings in the US, students don’t have the luxury of putting it out of their minds and moving past it. It is something they are forced to think about by necessity. And that is unfair and heartbreaking.

But amidst this most recent tragedy emerges a spark of hope. Or perhaps rather a raging fire. The kids have had enough. They are more than scared, they are angry. They are determined. They are tired of waiting for adults to protect them, and they are taking the world to task. They are a force to be reckoned with.

Immediately following the shooting, while still processing the trauma they had just experienced, students from Marjory Stoneman Douglas High School began speaking out. They didn’t sound like the past victims of similar events, who understandably talked about the fear and sadness they were feeling. These kids had a message for policy makers, and they were going to be heard.

They quoted statistics of gun violence. They cited problems with specific legislation. They called out individual people in power. They demanded change. These children, still shaking with adrenaline, spoke with more intelligence, poise, knowledge, and strength than most of the adults in the government that has the duty to protect them.

Many took to Twitter to challenge the statements of officials, calling for more than thoughts and prayers. In stark contrast to the image of vapid, substance-free posts by teenagers on social media, these kids gave clear, brilliant, and well-thought-out responses. They are aware of the world in which they live. They have the facts, the have the brains, and they have the drive to be the change.

Emma Gonzalez, a student who survived the attack, stood at a podium with the eyes of the world upon her, and delivered an impassioned and monumental speech worthy of the iconic ground breakers that came before her, cementing her place in history.

Another young survivor, Alex Wind, refused to accept the president’s attempts at spin, sending a clear message that he and his cohort will be heard, and they will be heard on their terms. “We are not going to come to him. He is going to need to come to us,” Alex stated, standing his ground after Donald Trump turned down an invitation to join the students at a Town Hall, choosing instead to organize his own event on the same day.

During the active shooting, young heroes emerged. Fifteen-year-old Peter Wang died while helping other students escape by holding the door open for his classmates. Anthony Borges, also 15, is recovering in hospital after shielding fellow students from gunfire by blocking the doorway to a classroom.

Students nation-wide are organizing a walkout, with the support of their teachers and administration, but with themselves at the helm. This is their doing. They are not waiting for permission to speak.

Far too often, we hear the discourse that the generation poised to take the reigns is spoiled, helpless, and self-consumed. They are called entitled, overly sensitive, and we are told they lack the skills to take care of themselves. It’s wrong. These kids are fierce. They are informed, engaged, intelligent, and brave. The tragic events of this week have shown us that this generation is not filled with “snowflakes”, it is comprised of fire-starters.

They give me hope. I am looking at them with respect well-earned, and anticipation of their next moves. They are going to shake up the world, and they are what we so desperately need. They are survivors and fighters and they refuse to take a seat.

The kids are all right. And because of them, we all will be.

RELATED: Violent Video Games Aren’t The Worst Thing Out There