Dear Tim: We Need to Talk, Dad to Dad

Tim Kiladze "discovered" that raising children is hard and thankless. It's not a "discovery" when men learn something women have been saying all along. 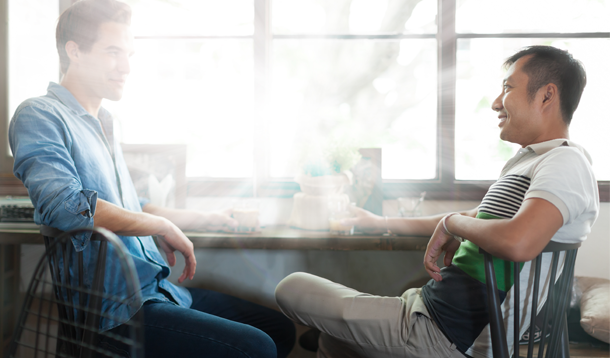 As you noted in your article, A dad's discovery: Raising a child is thankless work, being the primary caregiver IS certainly a lot of work. I appreciate that you have taken this on. But we need to talk.

There are networks of women that can help each other, something that I find sorely lacking amongst men being a stay-at-home parent. But their networks have been generations in the making. As men, we can’t just walk in like we own the place.

There are unique insights that we might be able to share that would help men and women alike deal with what I believe is probably one of the most difficult jobs (to do well) in the world. But as men, we sometimes think that we are the great discoverer of each of these great mysteries about parenting when really we’ve never discovered anything new at all.

Worse, we are celebrated for these “discoveries.”

We are being celebrated just for showing up.

Every time that I walk through any mall or grocery store or library or park, people look at me like I’m single-handedly saving the world. I’ve been told in the middle of a grocery store that “what I was doing was great.”

They weren’t wrong. It’s not that I’m not doing something great. It’s just that lots of other people are doing great things, even better things, and no one is listening.

I get a medal because I have a beard while the woman pushing her kids through the same aisle full of fruits and veggies gets ignored. Why? Because a woman doing that incredibly difficult job is so commonplace that we don’t even see it.

There are differences in being a man with a child and a woman with a child. You will find it harder to gain the trust of women in the groups that you now find yourself a part of. When I joined “Mom’s Morning Out” at my church, I was not instantly and universally well received.

Sure, I was accepted. I was allowed to show up. But many conversations were had just outside of my periphery. They were whispers to me.

At first, this was hard to get used to. It was hard to reconcile my desire to be treated like “just another mom” with the reality that I wasn’t. In the beginning, there were a few missteps. For example, it turns out that no matter how much you know about the topic, no group of moms wants you to float up and say, “I overheard your conversation about breastfeeding and had some insights.”

It’s hard to understand how people are going to take what you’re going to say. I think this stems from our inability to empathize with people. We haven’t truly listened to what women have had to say about raising children in the several thousand years that they’ve been talking about it. Of course we’re not going to be good at thinking about the experiences of others.

For example, after three weeks of nighttime diaper changes which resulted in my son being soaked, my wife learned that I did not know that the “firehose” needed to be pointed down, else the design of the diaper would be wasted.

But mostly I’ve learned that none of that is news to most moms.

For any parent there is an adjustment period where they learn things. But as men, we need to do a better job of listening to the wisdom of women when it's available to us. And believing them.

This is not an age of discovery. It’s an age of learning.

RELATED: If You Only Cared About Assault Since Having Daughters, We've Got a Problem