Lady Doritos Outrage: What Happens When Freakonomics and Politics Collide

Lady Doritos is the unvarnished concept of an idea, based on market research, that went horribly, horribly wrong. 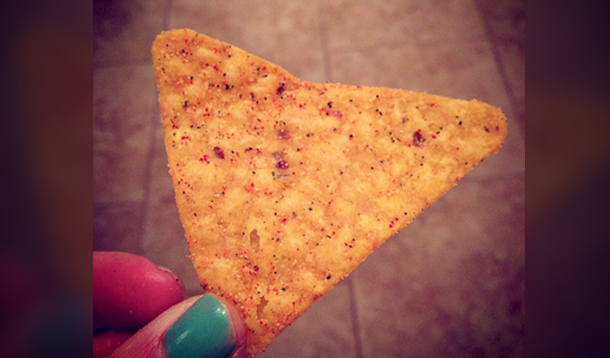 As a person who has worked in or near marketing for well over a decade, there are a few hard, ugly truths about business that many people conveniently overlook. For starters, a product or service that you might want to sell (usually) has to fulfill a need. And secondly: to sell that product, you need to convince others that it solves that problem or need for them. Thirdly: self-image and self-identification is most definitely included as part of the needs set, even if people would like to pretend it isn't a big deal in marketing, and unfortunately gender is part of that.

To market successfully, you often have to understand the mechanics of the way people think, perceive, and react. Most of us understand some of the big ideas, even if only on a general level: women do more of the shopping, women have different opinions about what is important in a product than men, whole industries exist which cater more to one gender than the other. But to dig deeper than that can be a weird, fascinating study in behaviour and psychology.

Let's talk about the tragic story about the so-called "Lady Doritos," which has created a social media furor on Twitter. It is news simply because of Indra Nooyi, the PepsiCo CEO, let the curtain slip on a product that doesn't even exist yet during a podcast on Freakonomics.

That's right, Lady Doritos is not a thing. From the interview:

DUBNER: I understand that men and women eat chips very differently. Can you tell us the differences?

NOOYI: When you eat out of a flex bag — one of our single-serve bags — especially as you watch a lot of the young guys eat the chips, they love their Doritos, and they lick their fingers with great glee, and when they reach the bottom of the bag they pour the little broken pieces into their mouth, because they don’t want to lose that taste of the flavor, and the broken chips in the bottom. Women would love to do the same, but they don’t. They don’t like to crunch too loudly in public. And they don’t lick their fingers generously and they don’t like to pour the little broken pieces and the flavor into their mouth.

DUBNER: So is there a male and female version of chips that you’re playing with, or no?

NOOYI: It’s not a male and female as much as “are there snacks for women that can be designed and packaged differently?” And yes, we are looking at it, and we’re getting ready to launch a bunch of them soon. For women,  low-crunch, the full taste profile, not have so much of the flavor stick on the fingers, and how can you put it in a purse?

So you see that Lady Doritos is the unvarnished concept of an idea, based on market research, based on the fact that men and women eat chips in public differently. When you strip a brand's intention, what you get is a not-as-crunchy, not as cheese-powder-encrusted chip that actually looks like it might be a really good idea because it fills a marketing void in the Doritos sphere of influence. After all, who hasn't heard of misophonia, the "condition" you might have if the very sound of someone chewing drives you into a rage? And who here hasn't had to deal with orange-stained fingers after eating more than a couple of Doritos?

It could fly. It may not. There's been plenty of products that have come and quietly gone because they just aren't that successful.

Where "Lady Doritos" went horribly, horribly wrong is that sometimes the look at the wizard behind the curtain can be upsetting when it's not given... deliberate contextual spin. An idea pulled out of flat, analytical context was given the backdrop of the current political climate instead. Suddenly - against the news featuring Black History Month, feminism, and #Metoo - a quieter, cleaner chip conceived to address all the reasons women tend to eschew a bag of Doritos in public comes across as tone-deaf. Literally, "Hey ladies: here's your chips. Go be seen and not heard."

Now that Doritos has delivered us from sexism, what are we gonna do instead of a women’s march next year, gals, should we just hang out quietly eating chips?

Indra Nooyi isn't my favourite CEO, nevertheless I feel kind of bad for PepsiCo right now on a professional level. The fact that those differences exist between the way a guy and a girl may eat a Dorito isn't the fault of the brand; not all our social hangups can be laid at the feet of a marketing agency. They're only seeking to identify the needs and wants, the better to sell to you, m'dear. And the conclusions don't surprise me at all.

I mean, I would totally do the same as the guys. IN PRIVATE I would totally lick my fingers and pour the crumbs in my mouth. In public, I don't. Because a) I still have those social hangups that that's not lady-like behaviour, and b) I'd be one of those clumsy people who end up covered in cheese powder. I'm classy like that.

But now people are mad, and Doritos has gone on the defensive. It's quite likely "Lady Doritos" may never come into being at all now. If it does, you can be sure they'll probably steer WAY clear of the subject of them ever being for the gals.

We already have Doritos for women — they’re called Doritos, and they’re loved by millions.

RELATED: Women Are Being Left Out of Research Trials, Because Periods