The Hijab Story Was False, but Here's What It Tells Us About What's True

The story about an 11-year-old's hijab being cut off by a stranger was untrue. But it became news because hate crimes are unfortunately real. 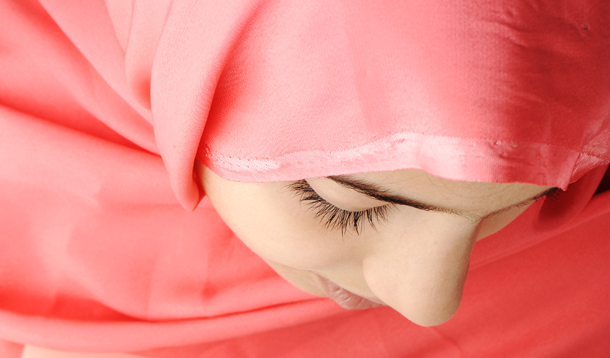 When reports surfaced last week of an 11-year-old girl being attacked by a stranger who attempted to cut her hijab off, the public were understandably horrified. News outlets immediately ran the story, the Prime Minister made a statement condemning the hate crime and offering support, and Canadians sat gob smacked that such cruelty would be committed against a child.

The problem is, it seems that it didn’t happen. After completing their investigation, Toronto police concluded that accounts of the attack on the Scarborough girl were false, and no further action would be taken. Police spokesman Mark Pugash also added that false accusations such as these are “quite rare” and expressed hope that the incident would not discourage others from coming forward.

Understandably, there is worry about the backlash from this deception. The anger is real, and speculation for her motives runs wild. Within my circle, I have heard everything from opinions that she was coached to do this, to guesses that she faked the attack because she didn’t want to wear her hijab. None of these suggested motives have basis in evidence.

Concern is buzzing about how the incident could incite further hate crimes, and that it may cause real hate crimes to be brushed off. It is paramount that we continue to listen when victims of hate share their experiences, offer them support, and speak out against bigotry.

Sabreena Ghaffer-Siddiqui has heard many stories of real attacks on Muslim girls through her work as a researcher at McMaster University focusing on hate crimes against Canadian Muslims. “Hate crimes toward Muslim people are real. I have heard stories of Muslim girls having their hijab pulled off their head, pushed, thrown to the ground. These are real stories…and the reaction that we got from the government and leaders needs to still be there.”

The young girl at the centre of the controversy will not face legal action, a move that has angered many. Concerns for her safety quickly shifted to calls of action against her in popular opinion. What she did was wrong, and she should face consequences, but let’s try to keep perspective.

She is 11-years-old, and she lied, because kids sometimes lie. Her lie happened to have far-reaching and hurtful consequences because it was picked up and ran with by the media. At 11, she was unlikely to be able to anticipate how far this could go, and what the ramifications might be. And we still don’t know her reasoning for saying it in the first place.

Last year, my oldest son came home and told us that another child had held him on the ground, assaulted him, and threatened him, and that a teacher had done nothing about it. Had this caught the attention of the media, there easily could have been a story surrounding an assault on school property being blatantly ignored.

He was specific in his details. He told the story with big emotions and real tears. But none of it happened. Instead, a much more minor infraction had happened in the morning that he was feeling emotional about, and by the time he told us, it came out as a gigantic accusation. The emotions were real, but the facts were not. Fortunately, we realized before we went into the school, but it was close.  Had it hit the media first, I would have been heartbroken to hear people calling for his arrest.

Pursuing an 11-year-old girl with pitchforks raised serves no purpose. Lies should have consequences, and hopefully her parents will address both her actions and whatever prompted her to be deceitful, as any parent would.

Instead, let’s be glad that our children’s biggest mistakes (and our own) did not receive international attention. Let’s focus our disgust on perpetrators of actual hate crimes, not on one little girl who made a false accusation. The reason this story received so much attention is because these incidents are not isolated.

Let's use our energy to condemn the real acts, not to vilify a child.