YouTubers Like Logan Paul are Making Parenting a Scary Challenge

We need to include moral responsibility and keeping your humanity in our discussions about online safety. 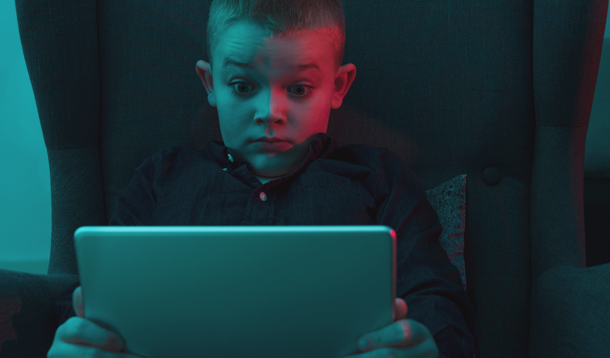 I’m sure I sound like the quintessential old fogie, lamenting kids these days and their new fandangled technology. It’s true, every generation thinks the next is doomed. Rock music should have ruined our parents, and television was supposed to rot our brains. But there are very real concerns surrounding raising children in an instantly-accessible world.

This week, YouTube star Logan Paul uploaded a video he made of the body of a man who had died by suicide. It wasn’t live, it was pre-recorded, and it was filmed in a place called “Suicide Forest” where coming across a body is not unusual. It’s reasonable to assume that Paul and his friends went there with the knowledge, and perhaps hopes, of finding a body. Even if this is not the case, he made the choice to film it in that moment, and then took the time to edit it, hype it, and post it, giving him ample opportunity to consider the ramifications of his actions.

Understandably, it was not well-received. Viewers were quick to point out the disrespect shown to the recently deceased person and his family. Experts weighed in that discussing the method of a suicide and showing the body does not raise awareness; it can prompt more suicides.

Logan Paul has since issued two apologies. In his first, it was clear he had legitimately not seen anything wrong with what he had done when he did it. His claims that he hadn’t done it for the “likes” highlighted that that was exactly his motivation. He had hyped the video as being intense and drawn his viewers in with promises of something sensational. The thumbnail for the video showed the body. He knew it would cause a stir; he simply hadn’t anticipated the backlash. He mentioned his high number of followers in his apology.

At 22, Paul is a prime example of someone who is an adult and both capable of and expected to make proper moral decisions, but whose moral compass may be skewed by growing up in an age where sharing everything with the public – from what you ate for lunch, to your most personal experiences – is considered normal. The idea of sharing the body of a suicidal person is abhorrent to us, but may not have seemed as obviously wrong to Paul or many of his young viewers, as evidenced by the hundreds of thousands of likes it received in the short time it was online.

Logan Paul has a large underage fan base. How many children saw that body before it was taken down? How many have searched for it and found images online now that there is controversy and mystery surrounding it?

Even Peppa Pig isn’t safe, as sick individuals hide horrific videos under search terms for children’s cartoons. Kids can access upsetting content, intentionally or accidentally, with the push of a button.

Add the easy access to the normalization of over-sharing, and you get young people who don’t realize why it is wrong to post a video of a body found in the woods, or who risk life and limb doing dangerous stunts, or who consider their worth tied to the number of hits their videos get.

Freaked out yet? I’m kind of creeping myself out writing this. I worry for my two young boys, who are growing up in Logan Paul’s world.

So, what do we do? I don’t honestly know that there is a definitive answer. This is new to all of us. We are a generation raising children in a world that differs so much from the one of our own youth, and there is an adjustment period. Dialling back the technology is an unlikely option. Even limiting access is difficult. My 10-year-old doesn’t have a phone or his own tablet or laptop, but he has friends. He is not going to stay naïve much longer.

So maybe the answer lies in education and in keeping our kids anchored and grounded. I vividly remember my dad dissecting commercials, pointing out how advertisers were trying to manipulate people. It was the foundation for me to be skeptical of wild claims that now engulf my computer screen. Maybe we simply make everything transparent, and help them realize that nearly everything online has an agenda.

We need to include moral responsibility and keeping your humanity in our discussions about online safety. We need to do a better job of helping them realize image vs. reality, and public vs. private.

Their access to the world is nothing like ours was. But maybe if we make the effort to engage them, we can make sure their moral centre stays the same.

RELATED: Talking To Your Children About Suicide