This Demolished Sephora Tester Isn't a Parent Fail, It's a Society One

When you point in blame at someone else, you have three fingers pointing back at yourself. 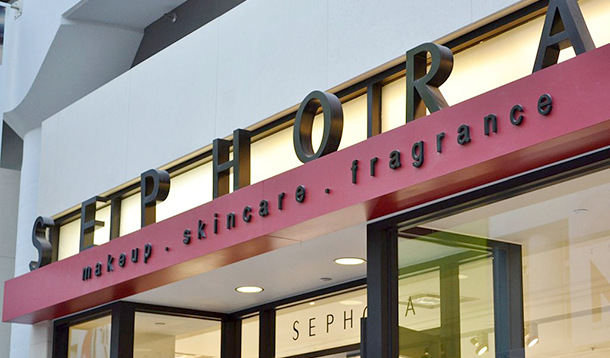 Being in the line of work that I am and being a parent for many years has given me the privilege of perspective. And right now my perspective is that I'm sure I'm not the only one who's kind of tired of the outrage about "bad behaved" kids and bad parents who don't control them.

One of the other perspectives I have is on how (legitimately) fucking isolating becoming a parent is. Not just for me (although it was and IS). I have watched the same tired refrain be uttered for years: that the worst thing about becoming a parent suddenly makes you feel judged by everybody and ALONE, with hardly anybody out there willing to throw you a lifeline.

I mean, picture this: you're living your life, responsible for just you. Then you deliver a human being. Then you go on maternity leave which means you are promptly cut off from your usual support network of coworkers and work friends. You likely live separated from your siblings and parents (who are probably still working cause God knows nobody can afford to retire these days) and they're unlikely to be able to be in your life for more than brief holiday or long weekend to visit and give you a hand. Your friends, unless they've had kids and are also on maternity leave at the same time, are also probably working and unavailable to be there for you beyond delivering some frozen casseroles.

And even when they're not, you feel weird about inviting them over when you haven't slept more than an hour at a time in three days, your hair is greasy, and you are whipping out your boobs to nurse (badly) every 20 minutes.

When you finally DO get your shit together enough to leave the house, then suddenly everyone has an opinion on what you do and how you do it. They don't want to really HELP you in any of the ways  you really need it. They just want to talk about how shitty a parent you are or give you advice you don't want and haven't asked for.

This is modern parenthood. For everyone. And we are wondering why moms get so fucking depressed.

GEE, I WONDER WHY.

The Sephora incident, with a child and a mom blamed for allegedly destroying a $1300 display tester (note: so far to the best of my investigating, there has been no definitive proof, only speculation) made me mad – for all the wrong reasons.

A) The isolation train got rolling again. Can you imagine being told you’re only allowed to spend 10 minutes in a store, or that you aren’t welcome if you’re with a kid? That’s exactly what happened on this social media post.

That’s punitive! You’re literally financially or emotionally punishing a parent for the crime (!?) of being a parent. What. The. Fuck.

B) According to the really loud, nasty parts of social media, it was NOBODY’S fault but mom.

A million years ago, when I was in grade school, I had a teacher whose name I ironically cannot remember. She was a little old lady with the standard old lady curls and a pair of bifocals. And she gave me one very important life lesson which I do remember. She said: "When you point your finger at someone and blame them, you have three fingers pointing at yourself."

And that's exactly what we've got going on here, because people are more apathetic than EVER about getting involved in other people's business for the right reasons.

If the child was responsible for goofing up (note the if), does the mom have some blame? Sure. But so does the store, and so does everyone else who was there who may have seen and failed to intervene. I don’t believe for ONE SECOND that nobody saw it happening. I’ve seen people stand back and watch way too many times when they could have done the right thing, and that really makes me kind of sad.

I used to be parented as much by my friends’ parents, neighbours, and random strangers as I used to be my own parents. Not so much anymore. I had a friend apologize to me PROFUSELY for telling my son to stop knocking her kid down.

WHY WOULD YOU DO THAT? If my kid was doing something he shouldn’t and I didn’t see it? YOU DID THE RIGHT THING.

We need to get a better perspective on incidents like Sephora. Saying things like "Well, MY kid would never do such a thing. Why wasn't the mom controlling the kid?" with your nose turned up that high only gives me a clear perspective on how many boogers you might have stuck in there.

RELATED: Easy Ways to Look Better When You Feel Like Sh*t