Terry Crews’ experience is being hailed as shocking, while countless female victims of assault are ignored daily. 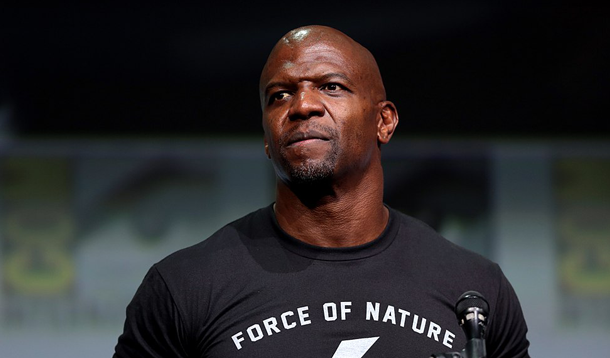 Sexual assault and harassment exists in the workplace. Also, water is wet, and the Pope is Catholic. It’s an embarrassingly obvious statement, yet it still takes a large-scale scandal for us to speak its name.

As more victims of industry mogul Harvey Weinstein come forward to speak of their victimization at his hands, the elephant in the room (with his hands down his pants) becomes harder to ignore. Yet, Weinstein’s accusers are put under the microscope. In heartbreaking irony, while they are being scrutinized over the validity of their statements, they are chastised for not speaking out sooner. The actions of the mob validate their fears about coming forward, and the backlash they might receive in doing so.

In an effort to offer solidarity and support to Weinstein’s victims, actor Terry Crews reached out yesterday with the details of his own sexual assault perpetrated by an unnamed Hollywood executive. Crews discusses the moment his genitals were grabbed, and why he resisted the urge to respond with violent retaliation. Recognizing his reputation, and by extension his career, would be on the line, he chose to leave the venue and keep stay silent on the assault.

As with any victim, regardless of gender, it was an act of bravery for Crews to come forward, and his experience should not be minimized. But the reaction to Crews’ story differed greatly from the rest. First and foremost, Crews’ story was taken at face value. He was not widely accused of fabricating a story for attention. His sexual history was never considered. He was not admonished for staying silent on his attack.

Objectively, this is fantastic. This is how all victims of assault and harassment should be treated; but, we all know this isn’t how it works for most female victims. Indeed, Crews has become the standard to which Weinstein’s victims are being held. “If Terry Crews was scared to come forward, imagine how female victims felt.” Supporters point out that his impressive size and masculine persona did not prevent him from being assaulted, nor make him feel safe to speak of his experience.

All of this is true. There is no denying that Weinstein’s female victims felt every bit as much fear, perhaps even more, as did Crews, but that Crews has to validate their experiences points to a worrisome trend. It seems that whenever marginalized people speak of their victimization, someone with privilege comes forward in an attempt to validate their experiences by framing it within their own. In this case, Terry Crews’ experience is being hailed as shocking, while countless female victims of assault are ignored daily. That it happened to a man, particularly a famous one, seems to carry more weight.

Crews’ experience is valid, and his story deserves telling. He is a victim and we need to listen to him with earnest. His decision to come forward in support of Weinstein’s victims was genuine and noble. The reactions to him are neither his fault nor his responsibility. But this phenomenon of placing the experiences of the privileged over those of the marginalized is not unique to Crews, nor to sexual assault.

Recently, editor Martin R. Schneider accidentally discovered sexism in the workplace when he mistakenly signed an e-mail with a female name. The response he received was uncharacteristically dismissive. This prompted him to do an experiment in which he spent the day signing his e-mails as a woman. Shockingly, Schneider found he was treated differently. This was eye-opening to Schneider, but not even slightly to the female population at large.

Schneider’s experiment is going viral. Thousands of women speak daily of the discrimination they face in the workplace, but what makes the news is that a man in disguise experienced it for one day. His one voice is somehow meant to validate and confirm the experiences of all women. As if their voices can’t be heard without a man saying, “It’s true, I saw it, sexism exists.”

It happens in all areas of discrimination. Tyra Banks put on a fat suit and filmed her experiences for her now-cancelled talk show. Unsurprisingly, people treated fat Tyra differently than supermodel Tyra, and this was portrayed as some sort of revelation. She could have spoken with an overweight person, who faces this discrimination daily, but instead she chose to put her voice first.

It’s problematic, not just because of the injustice of it. There is a vast difference between facing discrimination for a day, and facing it for a lifetime. It may be eye-opening for that individual, but at the end of the day, they get to take the mask off. They don’t experience the cumulative crushing effect of systemic and repeated oppression.

It sends the message that in order to be taken seriously, the experiences of the marginalized need to be replicated and the results confirmed. It tells victims that their voices are not as important as those with power. It’s not real until the privileged say it is.

This is not to say that allies are not important. Allies are an integral part in a movement for change, not just for moral support, but because allies are often the influencers and decision makers. There is a need for the voices of allies, and their support should be shouted from the rooftops -  but it should be exactly that, support.

We need to place the highest importance on the experiences of the victims, the marginalized, the oppressed. We need to listen carefully to those who live this reality, not just experience it in an ah-ha moment.

Thank you, Terry, for coming forward with your experience. I’m so very sorry that you had to go through that, no one should be subjected to sexual assault as you were. I am heartened to see that you are being taken seriously and that your voice is seen as valid. I hope that one day all victims with be heard as clearly.

Heather M. Jones I’m Not Brave for Being Fat