Kids Are Doing Another Stupid, Dangerous Challenge You Should Be Aware Of

We need to be using these stupid challenges to have conversations. 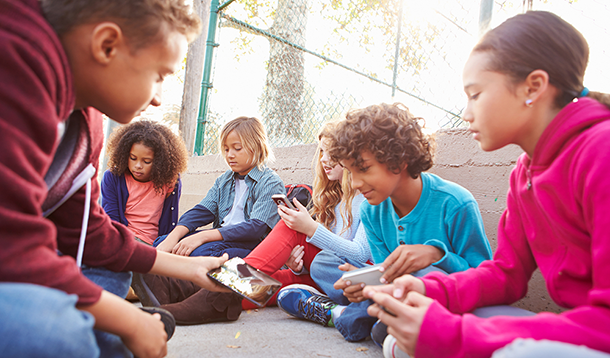 The last few years have seen quite a few challenges that have gone viral with kids.

First it was the Kylie Jenner challenge where kids would place a glass or jar over their lips and suck the air out. The resulting suction would create Kylie-like lips. Unfortunately, it also landed a few people in the hospital for stitches because the glass broke from the pressure, slicing their lips open.

Who can forget the Cinnamon challenge (which was followed by the Belly Button challenge, the Condom challenge, and the Ice Salt challenge that’s making the rounds again)?

Well, parents, there’s a new challenge in town, and this one has kids holding a can of aerosol deodorant very close to the skin and spraying for as long as they can stand it. While it seems innocuous, it actually leaves burn marks on the skin and can result in permanent damage.

Many, many moons ago, when I was in Junior High School, a group of girls I hung out with thought it would be fun to take turns knuckle-punching each other’s arms to see who could handle the pain the longest. The next day, I could barely move my arm and when my parents saw the size of the bruise, I got in a whole heap of trouble for being “dumb” with a little “this could cause permanent damage” thrown in.

Last year I received an an email from my child’s elementary school informing parents that some of the intermediate students had been looking into making Purple Drank which is essentially a mixture of prescription cough medicine mixed with soda. The moment my boys walked through the door that day, I talked to them about it.

That one discussion opened a multitude of other conversations that took us well into the dinner hour. We touched on drugs, alcohol, the challenges that were trending on YouTube, and finally we went through different scenarios with the boys telling me how they would react in each one.

I daresay, in some ways parenting is more difficult now because we are inundated with a 24-hour news cycle of all the bad shit going on in the world, and lucky us, we get to read it all. The fact is, these challenges have been around a long time and aren’t going anywhere. Kids are going to continue to do dumb things. God only knows I still shudder at some of the reckless things I did in my teens.

So instead of being fearful, turn these news stories into an opportunity to talk to your kids about what’s going on at their school and with friends. Let them know you are always there to listen and help when you can.

And don’t be afraid to tell them that burning their arms with an aerosol deodorant because other kids are doing it is all kinds of dumb.

Sometimes you need to be blunt.

RELATED: Have You Heard of the Ice and Salt Challenge?