A little knowledge is a dangerous thing. 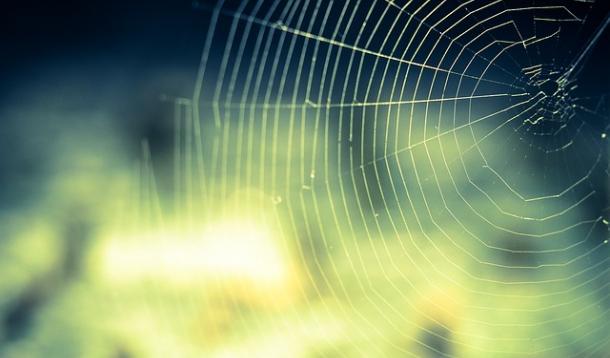 Spiders and I have a history. I used to live in Florida, and let me assure you that Canadian winters are a good thing. Florida might be all warm and sunny, but you can be minding your own business as you go to the bathroom early in the morning, sit down on the toilet, look around, and find a giant spider the size of a clementine who crawled up from the tub drain sitting there checking you out.

On days like that, you can do without the coffee. But it's a good thing you were already sitting on the toilet.

Alas, not even Canadian winters are enough to save me from all the spiders. The Florida ones, at least, are chill despite the size. Canadian spiders make up for their diminutive size in pure mad-dog crazy. And while I know they save the Earth from being overrun with other bugs, I got a rule for spiders: not in my house, mofos.

So, I can't quite explain what possessed me to check out a link from Reddit called "Spiders could theoretically eat every human on Earth in one year." I mean, I love science and cool facts, but you know that's just asking for grief. I can only just assume I was so sick of hearing American politics, I needed some new nightmare fodder.

I now have to imagine, thanks to some evil biologists, that there's enough spiders on Earth to eat 400-800 million tons of prey every year. To put that in perspective, if you took up all 7 billion humans and weighed them, we weigh in at something just over 300 million tons.

That means NOT ONLY are we significantly outnumbered... SPIDERS COULD EAT US ALL AND STILL BE HUNGRY.

There's enough spiders in the world to weigh as much as 478 Titanics. Think about that. There weren't no aluminum and fiberglass boats in those days, kids. We're talking 478 big-ass "unsinkable" ships made of heavy-ass iron and steel.

I don't know where the hell these particularly spider-favourable meters are, but I figure they qualify as the 9th circle of hell.

Thanks spiders, for eating the insects instead of us.

RELATED: Brace Yourself: It's Raining Spiders in Australia