Childcare funding gets a boost in the 2017 budget, as well. 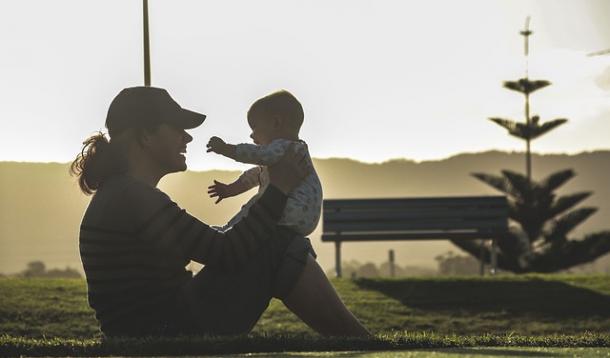 For a budget that didn't change much in the way of increased spending, Canadian families will sure see a big change in their lives.

The budget news out of the federal government is that the Liberals have set aside $7 billion dollars over the next 10 years for early learning and child care programs. This is in addition to the $500m for one year pledged last year in the 2016 budget, and the $7b will not be an even distribution across the 10 years - it is slated to roll out initially at $540m next year, and gradually increase to $870m by 2027.

There is hopes that the funding will help create more affordable childcare spaces, especially for low-income families who have been previously hit hardest by the premium child care rates for under 18 months. Whether this will actually happen in provinces without caps on child care fees remains to be seen - only Manitoba, PEI, and Quebec currently have such caps. David Macdonald, of the Canadian Centre for Policy Alternatives, believes that the other provinces are more likely to use the money to create additional spots rather than bring the costs down. There is a portion of funding earmarked for the Indigenous children, however there is no focus on making childcare assistance more affordable for those who need the financial help.

For those who have been struggling with child age as the biggest obstacle in finding child care, or have wished that they could spend more time bonding with their children, there's some good news.

Canada's maternity and parental leave benefits before now were a maximum of 12 months. With many daycare centers either not taking children under 18 months or charging a premium for them, this gap between 12 and 18 months left a lot of parents holding the bag and struggling to find people to look after their children after they returned to work. The campaign promise of extending parental leave and benefits to 18 months by the Liberals has now been fulfilled, and parents can opt to stay home with their kids that extra 6 months if they desire, or stay at the traditional 8-month parental leave following the 4-month maternity benefit. And on the subject of the maternity benefit, mothers-to-be can now apply for benefits at 12 weeks before due date instead of the previous eight weeks.

Parents who opt for the longer parental leave, however, will see their Employment Insurance (EI) benefit rate drop considerably - it will be 33% of their average weekly earnings instead of the rate of 55% if they extend the leave. But the extra time could help them save a considerable amount of money in the childcare costs that they would have to pay before 18 months of age.

And it's more time to spend at home raising the new baby.

Other changes to the federal budget for 2017 for Canadian families included a new caregiver benefit that do not entail an end-of-life situation, something that can considerably help those of us with gravely sick or incapacitated little ones or relatives care for them until they get better. The government has also promised more access to grants to allow 13,000 Canadian adults with dependent children a way to help pay for their own schooling. And the budget also waives the processing fee required to obtain a work permit for a foreign caregiver if your family makes under $150,000.