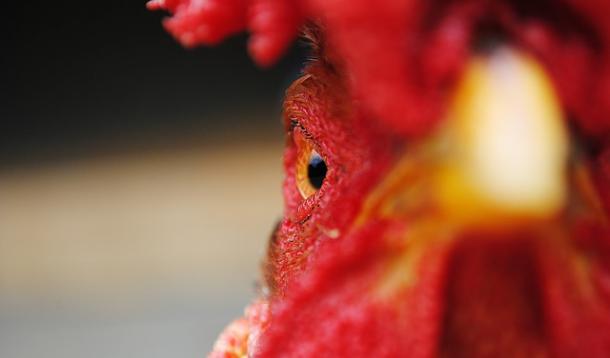 And now, this. Now genetic testing by CBC Marketplace has revealed that two popular "chicken" sandwiches actually only contained about half chicken DNA. If true, this means it could be argued you can't legitimately call it just chicken by CFIA's labeling standards. Heck, the CFIA says that you have to declare legibly when just WATER or phosphate salts is added to poultry. So, at an abysmal rate of 50% chicken DNA, maybe the word "chikin" would be more appropriate for this restructured.... something product... that you're getting on your 12" er... 11.5" bun.

Hey, be glad I didn't refer to it as a partially-gelatinated chicken loaf product. Except I just did.

Subway is actually not the only possible offender - only the worst. Tim Horton's, McDonald's, A&W and Wendy's also rated at somewhere between approximately 85% and 90% actual chicken. McDonald's, A&W and Wendy's also had the literal business balls to say that the percentage of chicken in a chicken sandwich was proprietary information. And Tim Horton's, who's supposed to have the back of the John Q. Canadian Public, just pointed vaguely to their website.

I get it that seasoning and salt and breading might bring a percentage down. But, by the power of Greyskull, I expect underneath all that to be a goddamn actual chicken breast!

Naturally, this headline made us wonder... If it's only 50% chicken, what is making up the other half?

Here is a list in random order of the things that I feel could be ground up and making up the other 50%:

1. The Stanley Cup Dream tears of the fans of the Toronto Maple Leafs, which are high in bitter salt water.

3. The cows from Chic-Fil-A's advertisements in a horrible freak-twist revenge attacks by the chickens. 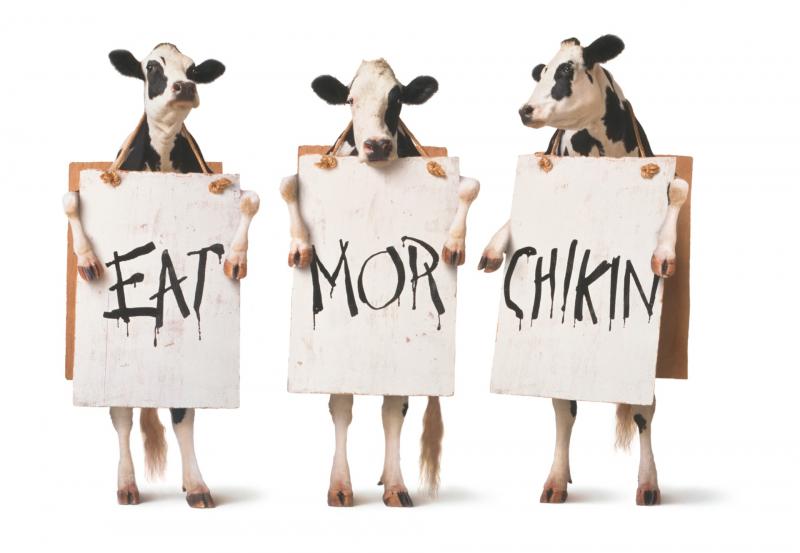 4. Possibly Twinkies, because anything that can remain "fresh" for 20 years arguably is a preservative in its own right.

5. Dryer lint, because if you read up on Pinterest, dryer lint is good for EVERYTHING.

6. Beaver tails, because failure to pay tribute to the national animal would be un-Canadian.

7. Sawdust, because it's important to support Canada's major renewable resource industry. And for texture.

8. Soylent green, because with Donald Trump being President, I feel like just about any sort of science fiction apocalyptic story could be true right now.

So what actually is the other 50%? Apparently the majority of it is soy. So I'm just going to point back up to #8 here. Soy, soylent green, is it just a bit of a coincidence?

RELATED: After This, You Might Never Buy Shredded Cheese Again