Have You Heard of the Ice and Salt Challenge?

This YouTube challenge can cause blisters, scarring, and permanent nerve damage. 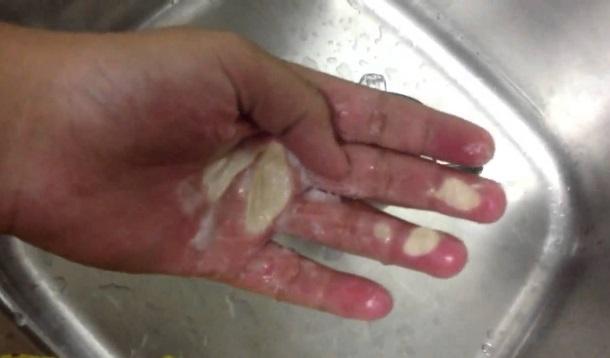 Perhaps I'm jaded, but I'm long over the YouTube challenge thing. Long, long, over it. I mean, how many different types of ways can some idiot think up to deliberately permanently disfigure or kill themselves and call it a challenge for our kids to watch?

There's the cinnamon challenge, which can cause lung damage or even asphyxiation if accidentally inhaled, the fire challenge in which case someone douses themselves in a flammable liquid and sets themselves ablaze, the backpack challenge in which case one runs a gauntlet with their friends heaving fully-loaded backpacks at their heads, and so many more I couldn't possibly detail all of them. Then there's lesser-evil type challenges, like the Kylie Jenner challenge, in which case someone uses a shot glass or something similar to wreck their lips and make them all poofy, which can cause permanent (though not fatal) cosmetic damage.

Now we have the ice and salt challenge, which a person takes ice and salt, combines it together, and whoever can keep it applied to a part of their anatomy the longest wins. It's actually an OLD challenge that we were already told was a bad idea, but it appears that the internet has a memory of hazardous behaviour that only goes back two or three years.

Because we live in Canada, most of us understand the basic concept that salt makes ice melt. What's not known quite as well is why.

Unless it is very, very cold outside, most ice still has a thin layer of melt on it because of the sun or other factors. But given a stable environment of approximately 0 degrees Celsius, the rate of melt and refreezing are kept more or less in equilibrium - meaning that the rate of re-freezing on the surface of the ice approximately keeps pace with the melting. Certain things can tip the balance one way or another. When the sun goes down, the ice will freeze more, for instance. Or when you add salt to the surface melt, you lower its freezing point, and the ice will melt more quickly.

But the salt can do something else, too. Before the days of refrigeration, old fashioned ice cream was made by packing a bucket full of ice and rock salt, bringing the temperature around the churn down as low as -21 degrees Celsius because of the water's lowered freezing point. This change in temperature can happen is as little as 30 seconds.

As every Canadian knows, that's pretty damn cold even when it's dry air. And we already know adding moist skin to cold-enough-to freeze temperatures has consequences. 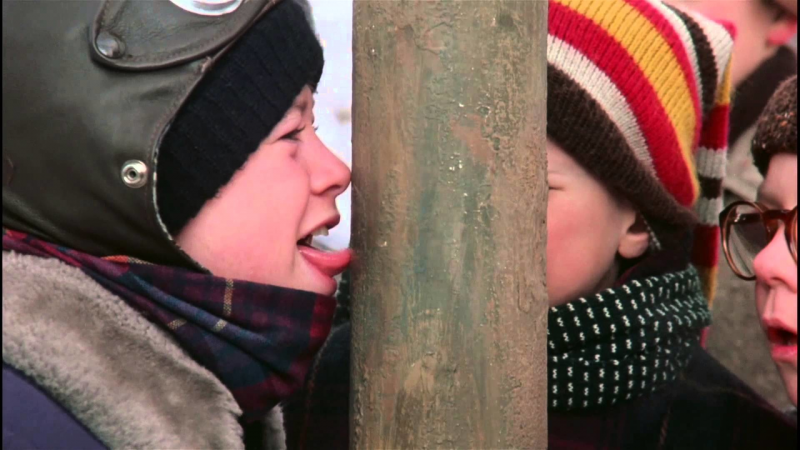 So how does it feel? It feels like frostbite, unsurprisingly.

In frostbite, first degree frostbite (sometimes called frostnip) means that only the surface of the skin gets frozen. It hurts, it itches, it develops white or red patches, and it becomes numb. But when we're out and about, we usually have plenty of warning that our skin or fingers is getting too cold. Unless we're in a bad situation, first degree frostbite is likely to be the only kind we'd ever get.

So, imagine instead causing a second or third degree frostbite welt to your body in seconds - too fast for your body, really, to register. This is what kids can do to themselves when they hold salt and ice on their skin.

Needless to say, have a chat with your kids. At least this gives you an opportunity to have a real-life chemistry lesson.