WestJet did some social good for Fort McMurray this year. 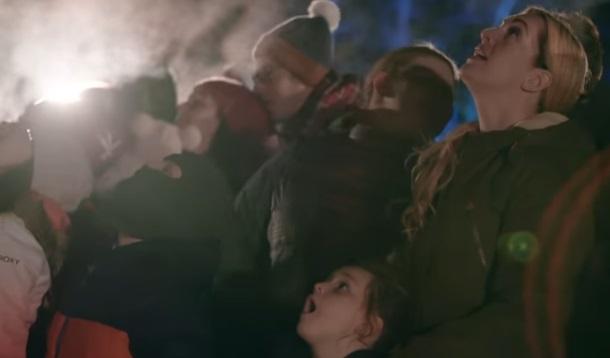 It's something that many of us have come to look forward to every year as an annual tradition: Canadian-owned coop WestJet has been performing little (and not so little) miracles every Christmas season.

Their first holiday surprise was actually 2012 - one that went under most of our radars - when they created a flash mob in Calgary's airport lounge for the sold-out redeye flight headed from Calgary to Toronto. It was in 2013, however, that WestJet dropped the bomb on us that was their first major Christmas Miracle by having Santa deliver to the baggage carousel the items people asked for before boarding their flights - something the likes of which that we've never really seen a company do before.

WestJet's video went viral, amazing people with the generosity and good will (not to mention, sheer herculean technical effort) that went into making these people's Christmas wish lists come true. So naturally, the first question asked was: "What will happen the next year?"

In 2014, after being blown away by the impact that the "socks and underwear" gentleman had the year previously, the WestJet Christmas Miracle crew asked what if a want was more of a need? What if they gave back with a purpose? WestJet had been working in partnership with Live Different near one of their more southern destinations - Nuevo Renacer near Puerto Plata in the Dominican Republic - and knew how just a little effort could improve people's lives there considerably.

Come 2015, WestJet's miracle was to perform not just one, but 12,000 mini miracles in 24 hours: acts of kindness that would inspire others around the world to perform more. Not only did they meet their goal with over seven hours to spare, they ended with a final tally of 31,793 mini miracles.

Which brings us to 2016. 2016 has been a year that will not be looked on with fondness by many, especially the residents of Fort McMurray who lost their homes and posessions due to the wildfires that happened earlier this year. This year, WestJet turned their gazes back inwards to Canada, to the Canadians who had felt forgotten or like things wouldnt' be the same this year, and made a little miracle come true by inviting over 800 Fort McMurray residents to a Christmas party with Johnny Reid.

At the party, 500 stockings were created, 300 pounds of candy were given away, and 348 parachutes were dropped with a new keepsake for the residents who had lost so many of their former ones. Every box also contained a free flight, and hopefully a new memory to make this holiday season a better one.

You can find many of the family stories on WestJet's blog. Thanks for the things that you do for the community, WestJet. And keep the boxes of tissue handy.

RELATED: WestJet Celebrates Dads And Wins The Internet Yet Again