Rosie O'Donnell Did What No One Should Do

You have to be careful about labeling kids, especially on social media. 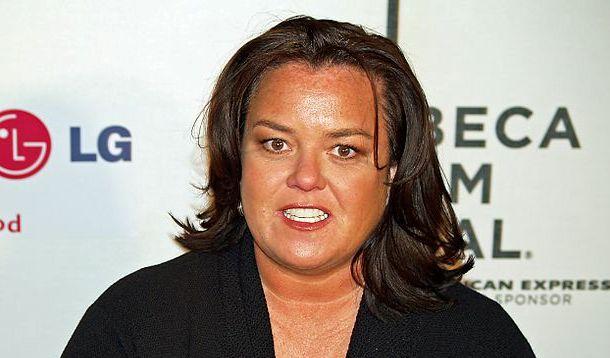 Rosie O'Donnell took to Twitter on November 22, 2016, and did what many celebs do. She tweeted on her own account. She also did something that many of us are guilty of: she shared information she thought was interesting. The problem was, on this particular day that Rosie shared information on Twitter that she thought was interesting, she asked a very personal question very publicly - and she asked it about a child - a child not her own. 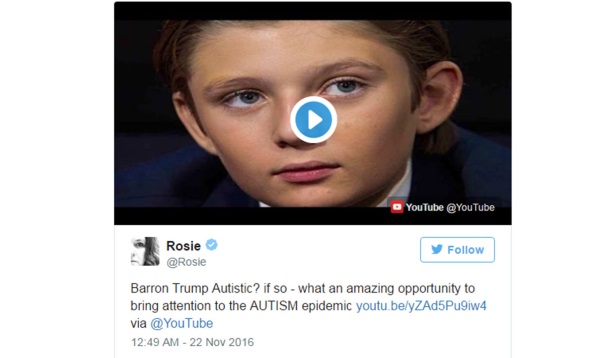 Barron Trump Autistic? if so - what an amazing opportunity to bring attention to the AUTISM epidemic https://t.co/Acgy1Qxyqi via @YouTube

The video that Rosie had linked? It was a video about the possibility of Barron being autistic, made by a YouTuber, James Hunter, who has autism himself. The outcry was immediate, and the Tweet came down soon after.

I'd like to give Rosie and James the benefit of a doubt. I'd like to think that both of these things were meant completely innocently. That they weren't trying to smear or bully young Barron, which would be unthinkably awful.

James Hunter told the media that he believed Barron might be on the spectrum, and he made the video because he wanted others to stop bullying Barron. After Melania threatened to sue him, he agreed to take down the video and said that his intention was not to harm the Trump family at all - indeed, he was trying to protect them. In a message written to her fans explaining her actions, Rosie admitted that her own three year-old daughter, Dakota, was recently diagnosed as being on the spectrum.

Both of them wanted, perhaps, to raise the profile and awareness of autism, which is a disorder that's still extremely poorly understood by the general public.

Both of them, perhaps, wanted to reassure themselves and autism parents that they are not struggling alone.

But even the best of intentions can have disastrous consequences if the information is bad. The problem is that social media is forever. Look at how easily I found her Tweet, even though it had been deleted. Anyone can speculate about anything they want on the internet, without a shred of proof, and be taken seriously by people who only do the most cursory of fact checking... if they do fact checking at all.

Misinformation - information that's unintentionally false - about people can lead to bullying and labeling that will perpetuate for years. It might never go away. And it should never be applied to a child by an adult in a public situation - ever.

Just look at the vaccine debate. We are still fighting about vaccines, even though Andrew Wakefield's paper was debunked in 2011. We're fighting the same disinformation (false information that's deliberately spread) even though it was discovered he was planning to launch a business venture to profit from the MMR scare - to the tune of some estimated $43 million a year in diagnostic kits for the condition "autistic entercolitis." What Wakefield has done, others have called "the most damaging medical hoax of the last 100 years."

What are we as human beings supposed to do though, if we want to be compassionate and think we have helpful information to share? It's not out of the realm of possibility that someone might share information that will change our life - a stranger helped Sarah Schultz get her baby diagnosed with craniosynostosis.

Be sure, and take it offline. Yes, social media is super convenient. But it is also uncomfortably public. Reach out kindly - but privately - via e-mail or a private conversation that can't invite the gaze of millions and stigmatize a child wrongly. And if the recipient does not welcome your information or advice? Apologize for intruding and let it go.