Torontonians Prove They Haven't All Forgotten How to Be Nice Canadians

A Latino man late for a job interview had a thoroughly Canadian experience. 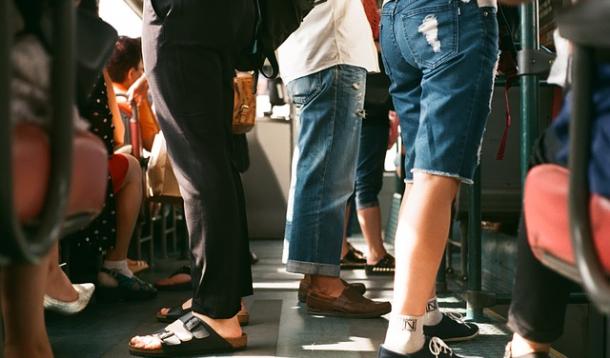 If we had to describe the atmosphere in Canada after the American election in one word, it would probably be: tense. One of the most prominent aspects of the Trump campaign has been viciously divisive policies that has created targets of people who aren't white, who are immigrants, and who are visible followers of other faiths. The social illness that is rampant, aggressive bigotry and hostility that appears to have been permitted to reign unchecked in our neighbours to the south - lest the First Amendment rights to freedom of speech (including hate speech) be infringed upon - has infected people on our side of the border.

Make no mistake, it is not just black Canadians and Muslims under fire.

But although major urban centres have suffered sporadic strikes from the alt-right and others emboldened into performing hate crimes since the election, others have been emboldened towards fighting the hate.

The East York neighborhood at Danforth and Woodbine hit by racist alt-right recruitment posters this week had many people help together to take the posters down. And then someone put up diversity and respect posters the next day.

When a man on the TTC decided to attack another man with racial slurs, other passengers intervened.

And then Salma Hamidi shared her story on Facebook about how when a Latino man appeared to be in distress, passengers on the TTC around him reached out to give him a helping hand.

When the man held his head and said repeatedly, "Oh, God," another man with a heavy Russian accent inquired to see if he was okay. Hamidi herself offered the man an Advil for his headache. A Middle Eastern woman wearing a hijab gave him a juice box from her child's backpack to wash it down with. And when the man confessed he was running late for an interview and was really nervous, others pitched in with small tokens of kindness and helpful advice.

He was told to smile a lot, to walk confidently, to tie his hair back (a Chinese teenager offered him her hair tie), to apologize for being late but to not make excuses. And when he got to his station, the passengers wished him luck.

During our last election, when Harper proposed banning the Niqab and many felt like it was an attack on Muslim Canadians, Canadians decried this behaviour as abhorent and defended the cultures of others. Dealing with the hate from the American election does not have to be any different.

Canadians can reject this behaviour loudly - and with love.