No Country for Equal Women

There is a war going on. You just may not know it. 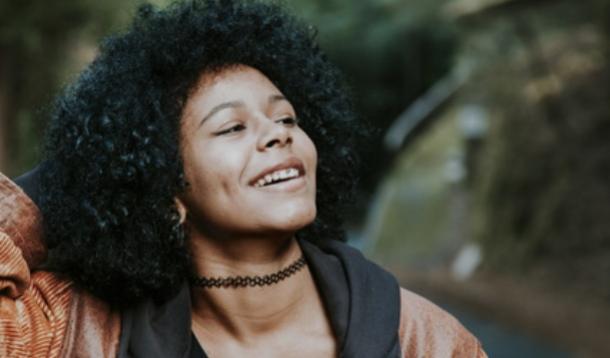 There is an insidious creep rotting away at the core of America's civilization, one that is feeding on complacency and ignorance of what is going on. And at the very heart of it are the two main plagues to civil discord: racism and sexism.

America wants to "Make America Great Again" not "Make America Better." They want to recapture the essence of the 1950s. This is a time when segregation in schools still existed. When marital rape was still permitted. Before the race wars. Before women had the ability to prevent unwanted pregnancy. And when minorities and women could only take roles permitted by the social hierarchy created by white men.

This is the Patriarchy that America wants to return to.

And the regressives around the world are watching.

"I think, when you see an athlete... why should I have to look at some chick's zits? Or some guy's zits on his face? Why not a little blush on her lips and cover those zits?" - Bo Dietl, on athletes wearing makeup at the Rio Olympics, August 2016

2016 marks the end of being an American in my heart. I cannot reconcile the statements of Trump towards women, immigrants, Muslims, and the LGBTQ and the song "Hail to the Chief." I refuse to condone the behaviour of the American people, the inequality, the violence, and the hatred. I cannot look at 2016 and say "God Bless America."

To subscribe to the idea that Christianity endorses this violent and divisive behavior is to spit upon every lesson taught by Jesus about love, compassion, and judgement.

How dare one claim that God blesses this evil?

Ariel, 26, sold 1500 of these in two hours yesterday in North Carolina, two for $5. pic.twitter.com/AyBuMImQd8

Trump's followers may have it right after all, that we've become far too permissive and politically correct. Many of those who subscribe to the idea of freedom of expression believe that tolerance means even tolerating someone's right to be an unbelievable bigot. Tolerance of speech means that people are loathe to involve themselves in shouting down hate speech. And look at where we are now.

As people who have our feet rooted in other nations, as I do now that I've accepted and learned to love Canada as my homeland, we feel obligated to look away. There is a strong sense that: it's none of our business; we should mind our own.

No. We must not look away.

This denial and permissiveness of hate and sexism and violence MUST end.

Some men scoff when you bring up the war on women. They point to the fact that women are enrolled in universities at higher percentages than men, immune to the fact that women are the students and overwhelmingly not the deans and professors. They deny the existence of rape culture, even though the responsibility for preventing or causing a rape is more often than not placed on female victims rather than male perpetrators. They say abortion is still legal, despite the repeated attempts by the government to defund centers and planned parenthood, and the gradual increase in restrictions that leads to hellish scenarios where a woman carrying a dead fetus is required to observe an ultrasound of her child and be subjected to lectures on birth control before she can have a D&E.

"My son passed away in utero this May. Our religious-affiliated hospital refuses to do D&E's for "moral" reasons. They sent me and my dead baby to an abortion clinic where, due to state laws, I was required to look at an ultrasound of him, receive counseling on birth control and I had to surrender rights to his remains. "Compassionate conservatism" made the worst day of my life a thousand times more hellish." - Name withheld, Pantsuit Nation, November 2016

The Americans are breaking supports built for women one at a time. And when they break one, when the world doesn't end - or fails to even notice that it has happened - they begin to undermine the next.

Our society is not so far removed from America's that our civilization is immune to the taint of their hate. And we cannot pretend even our beloved Justin Trudeau in Canada is ending it.

Justin announced his balanced cabinet when he took office and said "Because it's 2015."

We think that it is safe to look forward instead of backwards. Because it's 2016. Because this is Canada, and not the United States.

But it is not.

This year, four women left editorial positions at the male-dominated Globe and Mail, and dozens more have quit over the last three years. This year, we are retrying a man who was acquitted of rape by judge Robin Camp who asked the victim "Why couldn't you just keep your knees together?" This year, Jian Ghomeshi was found not guilty because it was "impossible to have sufficient faith in the reliability or sincerety of complainants." 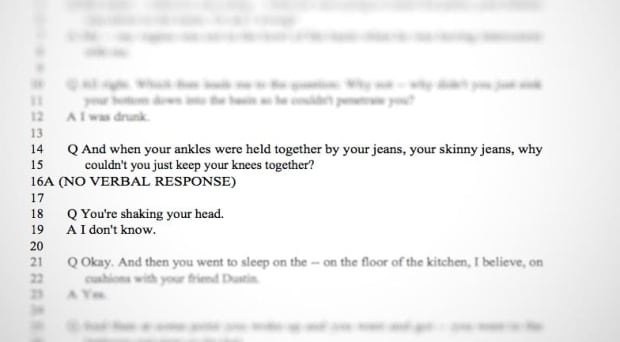 This month, the CCBR will continue to attack women's control over their bodies by fighting bylaws that will prevent them from delivering photos of aborted fetuses to your home. Schools are involving themselves in politics and our daughters' perception of healthcare available to them. And this week, Sandra Jansen and Donna Kennedy-Glans were forced out of politics in Alberta. Just this week. Because they are women. Because they are not polar. Because they support women's rights and the rights of gays. And this is the scariest news of all, because they are silencing the people who would be your voice, and the voice of your daughters, and the voice of sons raised in a world where women, minorities, and the LGBTQ are not treated as they are filth.

“Right now, politics in Alberta is polarizing and there is limited opportunity for centrist voices to be heard.” - Donna Kennedy-Glans, News Release, November 2016

They have been silenced with harassment and intimidation. They are isolated and maligned and shouted down for opening their mouths.

@SANDRAYYCNW or maybe they just disagree. Your type takes these tactics when people disagree. Its ok to disagree.

We have the infection. It's already here.

We cannot be complacent because it's 2016. I don't want my son to grow up in what this world is slowly becoming. We must protect ourselves and our sisters, our wives, our daughters, and mothers from being devalued as human beings. From having the rights and respect for 50 percent of the population taken away.

We must stop looking away. We must stop tolerating and permitting hatred to speak unfettered. AFTER ALL, just because they may have the freedom to speak doesn't mean that we have to listen in silence to their rhetoric. It doesn't MEAN that we cannot fight it.

And if I never have to hear the word "libertard" again in my lifetime, it will be too soon.

RELATED: What I'm Going to Tell My Kids When Donald Trump Becomes President