This is why you should think twice about shaming people personally on the internet. 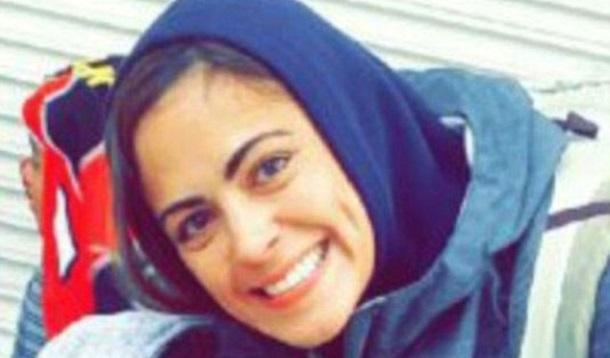 Do you remember Klara Bowman?

The name might not ring a bell, but you'll probably remember "drunk teacher." The internet had a field day on her after finding her drunk in a classroom with a blood alcohol content five times over the legal limit to drive.

You might remember she was fired from her job.

You probably didn't know, unless you heard the news coming out recently, that she committed suicide in June. Months ago. Just a few months after she was fired and shamed on social media.

And the internet had nothing to say.

She was just another person who committed suicide. A statistic. Nothing special to see.

Klara Bowman lost her humanity when "drunk teacher" hit the press. The story of this teacher from Washington was so sensational, it was covered by media outlets the entire world away. Comment sections everywhere let millions of people give their opinion of Klara, and the results were as unkind as you might expect.

Heck, most of us probably had an automatic, negative response to what Klara did.

Alcoholics everywhere fly under our radar. If they're noticed, it's usually after their lives begin to fall apart. People often regard them with pity and say things like "I hope they get help," but more often than not, people turn their heads away. The opinion is that an alcoholic has to hit bottom and ask for help before they can be helped. There's some truth to this, particularly as the law in many places says we cannot help addicts without their own permission.

Klara, however, worked with kids. 5 and 6 year-old kindergarteners. Kids like ours.

It sparked our fear of vulnerability. People were furious that some person could do such a thing in front of those kids.

We didn't know, or care, that Klara lost her 10 year-old sister to leukemia and never got over it. We didn't know that she was a person who loved to garden and travel and swim. All we knew is how many bottles were found in her classroom that day.

Klara hit bottom, and not just Tacoma, Washington, but the entire world worked to bury her where she lay in the dirt.

And nobody noticed, until one of the reporters who lived in Tacoma asked "What happened to Klara?"

We found out, later, Klara did go to rehab after being fired.

We found out, later, she hoped she could make her life better.

But the media kept shoveling dirt on her. And Klara gave up.

We forget that when we use social media, it's a magnifying lens. That the subject we're examining might be burned by the careless cruelty of the people holding the glass. We treated Klara Bowman like an ant in the focused glare of the sun. We lost interest and went to play with other things, never noticing that we left her body in our wake.

RELATED: I Chose Sobriety & Accepted I'm a Work In Progress