Feminism Means Sometimes You and I Will Disagree About Parenting 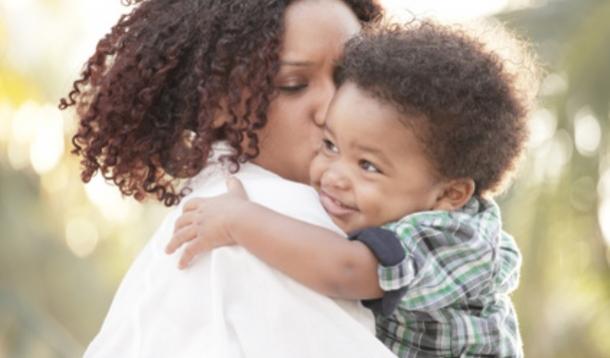 I love social media, but also I hate it. It's capable of creating networks of people who uplift and support. It gives us a way to stay in touch with our families who might be thousands of miles away from us, keeping them more connected in our daily lives.

And it's prone to sheer inanity, click-bait, misinformation, and gross oversimplifications.

Let's take the poor word "feminism" as an example. Already, you've probably made a judgement. You're for feminism, or you're against it. For most people, it's black and white. Life, however, is not black and white. It's both black and white, and shades of grey, and millions of colors throughout the entire visible spectrum.

The word, feminism, literally means: the advocacy of women's rights on the grounds of political, social, and economic equality to men. That's the black and white.

The shades of grey around the word feminism are the hundreds of misinterpretations of the word and what it means. It's pretty damn common to hear a guy describe a feminist as a raging man-hater. They would be wrong. Those women they describe exist, but they're not feminists. "They call themselves feminists, though," these men argue.

I nod and say "Women, just like men, can be wrong too."

The millions of colours are what real women are. We are varied and complex as the colour spectrum itself. We are tall and short, fat and thin, fair-skinned or dark. We call ourselves different names, eat different foods, wear different clothes. And we also pray to different gods, love different things, have our own unique fears, and have different opinions about what makes us whole.

Some of us want to stay at home and nurture life. Some of us love our careers and the challenge of work.

Is it okay to tell a man the exact number of children he should have, how to style his hair, wear his clothes, and what jobs he should have? Of course not. But the media might suggest it. And, even more troublesome, this is what women are doing to other women every day.

Feminism means acknowledging that all of these choices are as okay. Empowerment comes from choice.

We cannot ask things like "Why are so many working mothers perfectly comfortable in their decision to outsource their child's care? And why don't more mothers want to spend time with their kids?" because to do so diminishes options of other women. Feminism means that I accept your choice in title as "Intentional SAHM" and respect that paying for childcare wasn't the right choice for you. It's not the right choice for a lot of moms, and there's lots of solid reasons why that might range from financial to emotional. You've chosen the course that you need to, for your own reasons.

Feminism also means that if the man wants to stay home instead of the woman, that's okay too. Men may also be empowered by feminism by having the right to choose the "traditionally feminine" roles. It means that we should step forward and show disapproval when people automatically say negative things about men wanting to be in jobs where they care for children. The key word in feminism is equality - we cannot treat one gender as lesser than another. That's not okay.

The argument you've made, that "daycare isn't an empowering nod to feminism"? That's backwards and wrong. The choice in whether or not you want to make use of daycare is what's empowering. Feminism is my saying you have the rights, the same as a man, to stay at home or work. Feminism means that you have other rights beyond staying at home, too, and asking the government to protect your rights to choose.

That's how feminism empowers - my feminism has freed you from my judgement and allowed you to pick your path.

RELATED: 10 Lessons on Feminism I've Learned From (and for) My Daughters