Women Are Being Left Out of Research Trials, Because Periods

(Yes, You Read That Right) 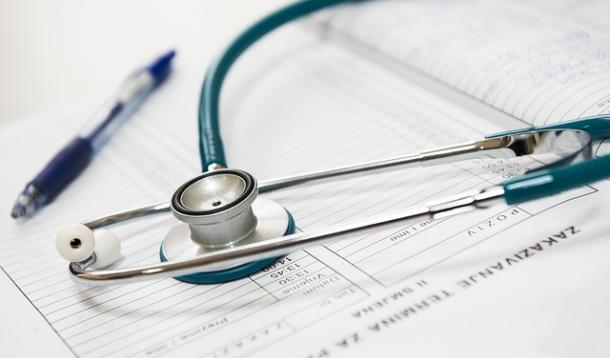 An editorial in the British Journal of Sports Medicine recently looked at the differences between men and women during sports trials and found menstruation to be a major barrier. This gender segregation has led to women being sorely underrepresented in medical research, which has caused a dangerous disparity medically.

Yes, you heard that right. Women are unable to take part in medical studies for the sole reason that they get a period once a month. Menstruation isn't exactly a choice for those it affects, after all, but now it's causing severe underrepresentation of women in clinical trials. And that, unfortunately, spells bad news for us all.

As reported on CBC News, editorial author Georgie Bruinvels explains that "Females undergo a variation in hormone levels through the menstrual cycle. So as a result of this, they appear to be more complex."

Typically, women have been left out of clinical trials because researchers were concerned about how the studies would impact unborn babies. Therefore, men were thus considered adequate proxies for women in these studies.

Because that makes sense.

Dr. Jerilynn Prior, endocrinology professor at the University of British Columbia, drives this idea home. She tells CBC News that excluding women from drug trials causes an imbalance in what scientists know about the safety of certain drugs. In other words, men and women may be prescribed the same medications for daily use, but the effects have only been studied in men, making them something of a gamble for female patients.

Doing this is like comparing apples and oranges. Or bananas and strawberries. Or steak and chicken. You get the idea.

Prior goes on to explain that men and women metabolize drugs differently and that women are twice as likely to have an adverse reaction to a drug than a male counterpart. Take sleep apnea for example.

In 2013, the United States Food and Drug Administration released a safety announcement concerning the sleep aid Ambien. Even though sleep apnea is almost twice as common for men as it is for women, the FDA recommended lowering the doses for men and women as women are more susceptible to the risks associated with taking the medication. This may be a big step in the right direction for our neighbors to the south, but it won't matter until more pharmaceutical companies improve the safety of their products.

Dr. Alyson McGregor of Rhode Island made this exact point during a recent TED talk, saying, "Women are not just boobs and tubes...They have their own anatomy and physiology that deserves to be studied with the same intensity."

Sadly, this gender disparity is still in practice no matter the policies put forth to eradicate them. For example, the Canadian Institutes of Health Research require researchers to fully disclose how their study deals with sex and gender differences when applying for grants. So that begs the question, why is this still happening?

Fortunately, our Prime Minister has women's rights on his mind. Justin Trudeau just took a giant leap forward in promoting women's access to reproductive care around the world. Early in May, Trudeau lifted an out-dated restriction that banned the use of foreign aid for abortion services.

Trudeau is extending the idea of former Prime Minister Stephen Harper that committed billions of funds to global maternal, child, and newborn health services. Harper's budget was $3.5 billion from 2015 to 2020. Trudeau has gone on to pledge an additional $750 million within the next fiscal year in order to keep that commitment alive.

Government officials were unable to disclose how much federal aid would be used to subsidize overseas abortions. But they are committed to lifting the restrictions poorer countries put on their women. Louis Belanger, communications director to International Development Minister Marie-Claude Bibeau, tells the Toronto Sun:

Canada is committed to universal access to sexual and reproductive health services and rights. We are also committed to a better and more comprehensive approach to supporting the health of women in developing countries. We believe that programming decisions on these matters should be driven by evidence and outcomes, not ideology.

There are hopes that Trudeau has started a positive change worldwide. Unfortunately, not many people in our world have the medical resources that we do here in Canada. Nationwide, medical care plans were made available to 70% of workers in the private sector, and even though only 50% participated in such plans, the option was available.

The fact that Trudeau is progressive in terms of women's health is hardly a surprise as during his campaign last year he required all candidates who were running under his banner to support the right to choose.