This Trial Will Have Implications In Future Sexual Assault Cases 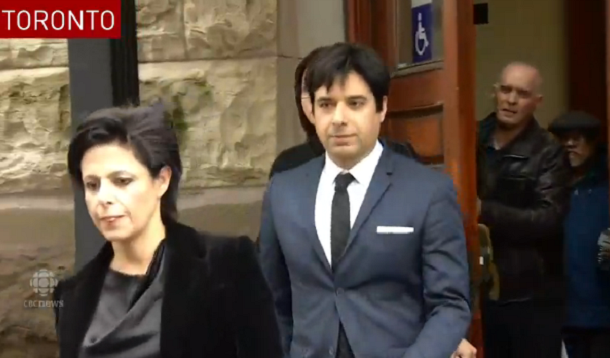 Former CBC Radio Host of the “Q”, Jian Ghomeshi, has been acquitted on four counts of sexual assault and one count of choking. The Ontario Court Judge William Horkins took eight weeks to deliberate over his ruling.

One of the three women who came forward is Lucy DeCouture, the Trailer Park Boys actress. The remaining two victims’ names have been under a publication ban, which is the right for any victim in a sexual assault trial.

The eight day trial caused a media storm, as what felt like all of Canada became invested in the eventual outcome. Many have continued to show their support to the complainants, who I choose to continue to refer to as the survivors.

Most agree that the results of this trial will have implications on future sexual assault cases, and impact the chances of a sexual assault victim coming forward.

While delivering his ruling, Judge Horkins said, “The harsh reality is that once a witness has been shown to be deceptive and manipulative in giving their evidence, that witness can no longer expect the court to consider them to be a trusted source of the truth.”

The deception that Horkins is referring to include the actions of the survivors after the assault, including exchanging e-mails with Ghomeshi. Much of what Horkins describes as loss of credibility is due to the major media attention around the trial, and interviews and press releases given by the survivors prior to the trial.

After comparing media interviews with statements on the stand, there were some inconsistencies. It was also painfully obvious that the women’s lawyers were not prepared and had not prepared their clients well enough to take the stand.

In the end, the injustice that we saw today can be blamed on a variety of factors. From the flawed justice system, to the fact that Ghomeshi could afford one of the best defense lawyers and the victims could not, to the fact that the women may have felt their story was safest when shared with the media. Not to mention the injustice of judging a person’s actions after an assault, rather than the actions of the abuser during the event in question.

The reality is that most sexual assault cases are based on “he said” and “she said”. This is why it’s so difficult to convict someone beyond a reasonable doubt. Especially in a historical assault case, where facts and memories get muddled, tearing apart a victim’s story piece by piece becomes easy, when they puzzle pieces probably don’t fit quite right to begin with.

The first complainant’s lawyer Jacob Jesin read a statement written by the complainant, whose name is under a publication ban, “I always understood that a conviction would be difficult. The story may not have passed the high legal test for proof (but) it remains my position that the evidence of the substantive issues is truthful.”

She also thanked her supporters, and said that standing up to her abuser and sharing her story was important.

With that, perhaps the most important lesson in the case was learned. Just because Ghomeshi was not convicted, does not mean there was no power in sharing their sexual assault story, and no verdict can take away the truth that she believes: she is a sexual assault victim.