The Impacts of Deforestation You May Not Know About

But there are ways you can help! 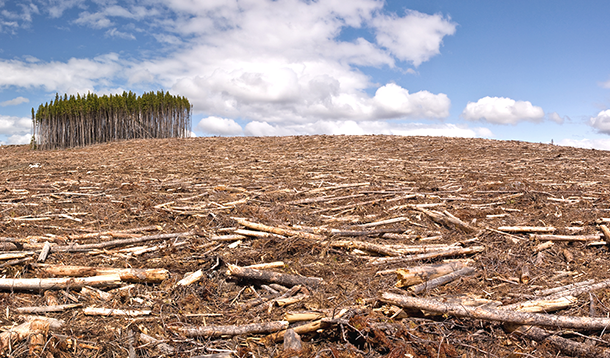 There are plenty of facts about deforestation you may already know, but deforestation is actually having many other impacts on earth. It’s not just about the environment and animals and their habitats. Here are some lesser-known but still important facts about this unfortunate and stomach-wrenching even:

• Forests cover 30% of the earth’s land and that’s a lot! As far as we know, half of the world’s tropical forests has already been cleared. If the current rate of deforestation continues, it will take less than 100 years to destroy all the rainforests on the earth!

• One and a half acres of forests is cut down every second! Adding to that, the rate of deforestation equals to the loss of 20 football fields every minute.

• 4,500 acres of forests are cleared every hour by forest fires, bulldozers, machetes and other types of machinery or handheld tools, including those used illegally.

The total world forest loss to-date is 7.3 million hectares per year. Even more tragically, up to 28,000 species are expected to become extinct by the next quarter of the century with this activity.

Other ways this over-cutting of trees contributes to over exploitation of forests is by making it extremely difficult to replant a new ecology. This is something that may really bother people who care for the environment, but even without thinking about it, you would have probably already estimated that creating a new rainforest is next to impossible. Rainforests and forests existed way before humans did. It’s so disappointing to think that we destroyed something so wonderful and amazing.

And we are also creating trouble for ourselves as humans. Why? That’s because around 20% of the world’s oxygen is produced in the Amazon forest and there are more than 121 natural remedies in the rain forest which can be used as medicine and now that one day rainforests may become extinct along with other species, we are lowering the chances of finding a cure for cancer and other diseases. Furthermore, the loss of forests contributes between 12 and 17 percent of annual global greenhouse gas emissions (World Resources Institute).

Isn’t that terrifying? The world’s forests store 283 billion tons of carbon present in the biomass. IF all of them become released, the result would be unimaginable. Tropical forests, where deforestation is most prevalent, hold more than 210 gigatonnes of carbon. WOW, right? The paper industry is fourth largest in producing greenhouse gas thereby majorly contributing to deforestation.

Some final things I want to add about deforestation is that, this life-changing event also affects the water cycle. Trees absorb groundwater and release the same into the atmosphere during transpiration. When deforestation happens, the climate automatically changes to a drier one and affects the water table. So, keeping a moisturized land is very important. Soil erosion, floods, wildlife extinction, increase in global warming, and climate imbalance are few of the effects of deforestation.

That is a mouth-dropping and tremendously awful thing to think about. And again, tropical rainforests cover 6-7% of the earth’s surface, containing over half of all the plants and animal species in the world. Imagine how many things would have to go extinct, and based on my knowledge and what I discovered through researching this article is that one of the animals from the tropical rainforest that is critically endangered is the 3-toed sloth. Isn’t that just depressing?

We can all do something about this tragic event and it’s easy as being active and planting trees- it can be at your homes, backyards or you can join any organization keen on stopping deforestation, reusing paper and plastic bags to discourage deforestation, and maybe even just pick products which require less packaging. Be creative and mail manufacturers telling them to use eco-friendly products. Show them your deforestation knowledge by highlighting certain important facts using statistics would be nice as well. Here are a few more:

• Seeking knowledge on deforestation and how can you prevent it from happening by reading newspapers, magazines, internet, TV shows. Spread the word and make it go viral. Maybe you can create a team with nature-loving people who have the same goals as you and save this threatened, yet magical place.