How Neuroscience Opened My Eyes 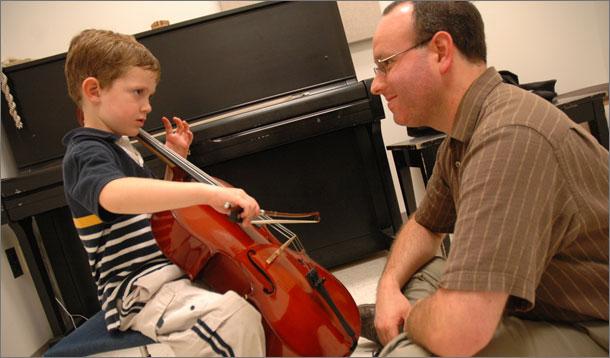 Groundbreaking research on neuroscience is giving parents and educators some of the answers to their questions on how to help improve the growth, learning, and development of children.

From discussions on the positive impacts of bilingualism and the arts, to workshops on improving memory and learning—including the effects of music on babies, neuroscience is turning out to be a hot topic for many interested in what’s next in child development.

I am a stay-at-home mother of two girls, aged two and nine, and a baby boy, aged twelve months. For the past few years, my oldest daughter, who was born in the United States, has kept on telling me that she wants to be the first Latina president of the United States of America. In addition, my two-year-old toddler, since her birth, has been mesmerizing me with her abilities; for instance, I still remember when she, at ten-months old, pushed a dining room chair close to the basement door, climbed on the chair, and opened the door. Thus, it made me realize firsthand that kids are full of potential and that it is my job, as a parent, to do whatever I can to help them develop that potential.

For that reason, I attended the Brain Power conference, which brought together neuroscientists, parents, educators, researchers, media, and staff in the child development industry, to spread awareness and discover ways that neuroscience can enhance teaching and learning.

At the conference, after hearing Dr. Sylvain Moreno explain how much the brain benefits from musical activities, I decided to attend the two workshops whose titles indicated more insight on the topic—“Creating Creative Thinkers Through Music” and “Frontiers of Research: Effects of Musical Experience in Infancy.” I saw these workshops as an opportunity to learn about what I can do to enhance my kids’ ability to learn faster and better, through music.

At the “Frontiers of Research: Effects of Musical Experience in Infancy” workshop,  Andrea Unrau, research assistant at the McMaster Institute for Music and the Mind, spoke about the benefits for babies to engage with their parents in musical activities, such as dancing, singing, and playing songs and lullabies. There is now scientific evidence that spending time with your baby doing these kinds of activities helps him or her in areas, such as communication and social interaction, which, in my opinion, helps the parent-baby bond grow stronger, as well. One of the benefits that I know will make us parents smile more, too, is that babies who have been part of interactive musical activities smile more and are easier to soothe, according to Unrau.

The Importance of Timely Education

At the “Creating Creative Thinkers Through Music” workshop, I learned that the optimum age for a child to start learning the language of music is between the ages of three and six, though anyone can learn music at any age after that, according to Stephen Couldridge, national manager of the music education department at Yamaha Canada Music Ltd. in Toronto. I also learned about the importance of timely education, which is a concept in which the student is guided according to his or her physical and mental development. For instance, since the sense of hearing develops most rapidly between the ages of four and six, instructions at Couldridge’s schools are focused more on training the ear, rather than on developing keyboard-playing skills, though these skills are also taught. The focus on keyboard-playing skills increases as children progress through the course, according to Couldridge.

For example, before the workshop had started, one of the two young performers (with his back turned towards the piano) was asked by his teacher which notes he (the teacher) was playing. Another example is when the other performer was asked to compose a music piece out of five random notes that a member of the audience had played for her. Using only their sense of hearing developed through the curriculum, both performers were able to identify which notes were being played, and the spontaneous composition was delightful!

Interactive music activities are indeed beneficial for kids, according to researchers at the conference. The earlier a child is exposed to age-appropriate musical activities in the form of games, lessons, etc., the better. The positive impact interactive musical activities will have on a child’s brain will be reflected on the enhanced ways he or she communicates and performs, both socially and academically. There is no doubt in my mind now that every time I sing and play songs with my baby, I’m helping him in his development (these kinds of activities are now part of our routine). Enrolling my nine-year-old daughter in piano lessons is one of the best decisions I have ever made, though I just wish I had done it much earlier, not just last April.

When my oldest daughter first said that she wanted to be the first Latina president of the United States, I never thought that four years later she would still be saying the same thing. Having learned at the Brain Power conference that the brain is most plastic (able to shape and reshape itself) in early childhood, has made me rethink what I’m doing to help my kids reach their full potential, goals, and dreams. Because regardless of what they grow up to be, I want my kids to be the best they can be. My oldest daughter has always gone to public school, and the experience has been okay; however, for all the reasons already mentioned, I want to explore other alternatives, such as private education. Recently, private education has attracted my attention, because I know that many of them accept kids as young as two-and-a-half years old, therefore taking advantage at an earlier age of this crucial stage in a child’s life.

Give your kids the best school experience this year. Meet with top schools across the country this fall at the Our Kids Private School Expos.