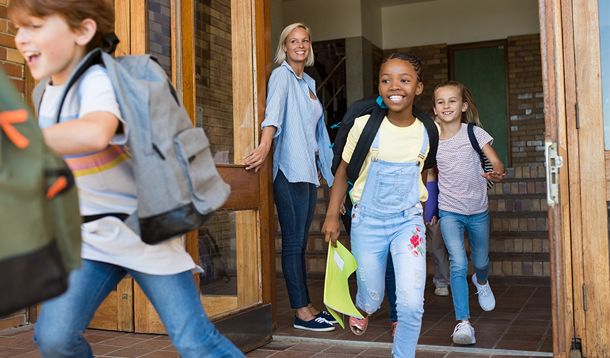 In March 2019, the world was shocked (or perhaps not) when the college admissions scandal dropped. The scandal led to 33 arrests of parents with cushy bank accounts and big dreams for their kids. Like many, I followed the scandal with enthusiastic outrage. I couldn’t understand that level of entitlement, privilege, and desperation. As a parent, I felt empathy for the kids in this situation, and the amount of pressure they’d like experienced in their childhood.

My parenting and decision-making philosophy around schooling has been completely different. I left an affluent neighbourhood and highly-rated school system, and moved to a more urban area of my city in a different schooling zone, shortly before my oldest daughter entered Kindergarten.

At the time of enrolling my oldest daughter, we had three schools to choose from. The school with the best reputation was French immersion, but not knowing French myself made me feel uncomfortable with that idea. Besides, would I be putting my kid in the school to learn French, or to be in a school with a great reputation? In my situation, it would have definitely been the latter.

The second school was also a valid option, but there were multiple factors that just made me feel like it wasn’t the right fit for us. When I walked into the third school, the one that would likely be last on the list for many others, I knew that it was perfect for us.

The school my children attend might have a low ranking in our city, according to a very flawed and ridiculous system created by the Fraser Institute, but it’s been the absolute best choice for my family. Every day I walk my children into the school yard, and I feel like we’re home. So many different children are represented at our school, where we have a high percentage of children with special needs, and kids who speak English as a second language.

The school is also culturally, racially, and socio-economically diverse. The kids at my children’s school have a variety of unique gifts, talents, and abilities, and having my children in a school that has been so diverse has allowed them to grow in empathy and acceptance of others.

As a work-at-home mom, I have freedom to help out at my kids’ school regularly. Every Friday, my girls and I volunteer by helping deliver breakfast club bins to the school. Kids aren’t alienated and divided by wealth, every child has access to breakfast club, and each student is able to enjoy a nutritious breakfast with their friends.

I’ve also volunteered by helping out in the classroom, donating items for the kids to play with, making homemade playdough for the kindergarten class, and talking to my first grader’s class about journalism. It’s a smaller school which allows for smaller class sizes, invested teachers, and a real camaraderie between the students.

Choosing a school based on arbitrary rankings, or prestige, wouldn’t have been the best choice for our family.

Until last year, we were living below the poverty line, barely scraping by and accumulating more and more debt. When we decided to go to a school with higher needs, we knew that our kids would be well cared for, in a group with kids who didn’t have everything (like us).

My oldest has ADHD, and last month the school ran a program where each day the students dressed in certain colours to celebrate differences in the school. On ADHD awareness day, my oldest daughter asked if she could get an orange shirt, and write “I Have ADHD and I’m Awesome,” on it.

She proudly wore her shirt to school, and she was even given the opportunity to share with her class what her shirt meant to her. It was a beautiful moment of celebrating our daughter, and acknowledging her wonderful differences. I knew that I made the right choice in that moment, because my daughter didn’t only feel accepted, she felt valued.

Our school may be at the bottom of the list, in terms of ranking, but that doesn’t define the school or the students within it. In fact, it might just be what makes it extra special.