Is Struggling in French Immersion Worth the Stress?

How long can we do this for? 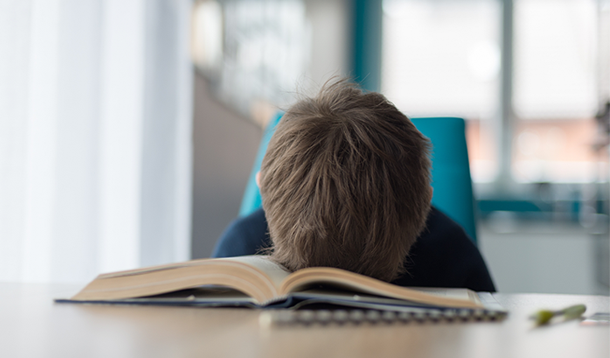 My son is a smart cookie. I’m not just saying that cause he’s my kid. He’s particularly intelligent. So when it came time to decide whether or not to put him in French Immersion as a benefit and a challenge, my husband and I were all over it.

In our school board, French immersion starts in grade two, with 100 percent French instruction. Zero English.

In fact, his teacher this year was surprised to hear how great a reader he was last year, given how much of a challenge it is for him this year.

It was recommended we get a tutor. So, after the six hours of class, and among the extracurricular activities we have him in, we need to consider the value of investing the time and money into helping him master a new language.

Is it worth it?

The reality is, that with ZERO English instruction in grade two, it's possible that progress made in grade one will be stalled or halted. This might not be an issue for some. It appears to be an issue for my child.

I say, French immersion is simply not for everyone.

To me, my job is to provide my children with the best possible environment in which they can learn, AND ENJOY learning, in school. A kid should not be forced to struggle and falter and fall behind in the second grade, just so that he comes out of school bilingual. I’d much rather he comes out with core French abilities and the greatest success possible in the other subjects.

French is not my priority. It’s a bonus, in my opinion, and not worth killing ourselves to achieve success in.

My older daughter is in French Immersion and is thriving. Trying her out in the program was a no-brainer, but so too, to us, was the decision to put her in it knowing we could and would pull her out if she struggled.  We are fortunate that it was an easy transition. But then, when she started FI, only half of the instruction was in French. The entry point and percentage of the day with French instruction changed since she entered the program three years ago.

I’m not underplaying the incredible value of the program and incredible fortune we have to be in a board that allows automatic entry if you want it. At the end of the day though, I am a solid believer that love of, and success in school and learning takes precedence over the benefits FI would provide for my children’s future. Right now, at this age? I’ll avoid electives that will make him struggle.