My Role Model and How She Helped Changed the World 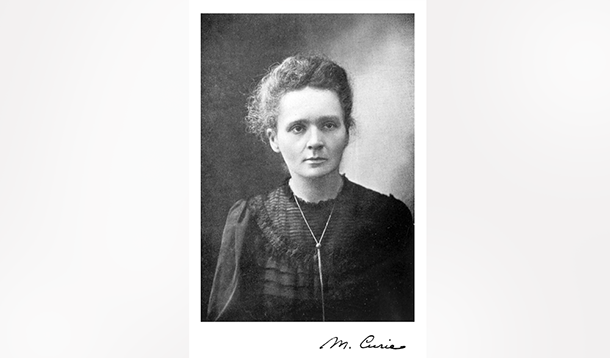 I have many different role models who have inspired me in a variety of ways but here I have highlighted one that will always have an important place in my heart, Marie Curie.

She has done many motivational things, but one of those things that really attracted me is that she discovered radioactivity/radium and polonium - which made life way easier for us. After her discovery, many other inventions were invented as well! Sadly, one of them is nuclear weapons. Marie was also the first person/woman to win two Nobel Prizes.

The 1st was on physics and she won it with Antoine Henri Becquerel in 1903, and the second one was won in chemistry. (Marie’s daughter Irene and her husband Fredric-Joliot discovered artificial radioactivity!) Afterwards, following Marie, they won another Nobel prize for chemistry and they are the only family in history to have won 3 Nobel prizes!

Of course, I didn’t make Marie Curie my role model just because she won those awards! It’s because she continued and never gave up on her dreams. She dedicated and persevered even in the darkest days of her life.

Marie also had a major impact during WWI when she was given a life-risking mission. That mission was to not let the Germans find radium. Marie traveled with a heavy suitcase of radium to hide in the vault in a college in Bordeaux.

I’ve learned from Marie Curie that:

• If you are determined to succeed, then you will do great things

• Insist on what you want to do

• Never give up and keep chasing your dreams

• Great work can’t be shown by strength but by perseverance