The Dreaded Ontario EQAO is Stressing Our Kids (and Teachers) OUT

Why Are We Doing this? 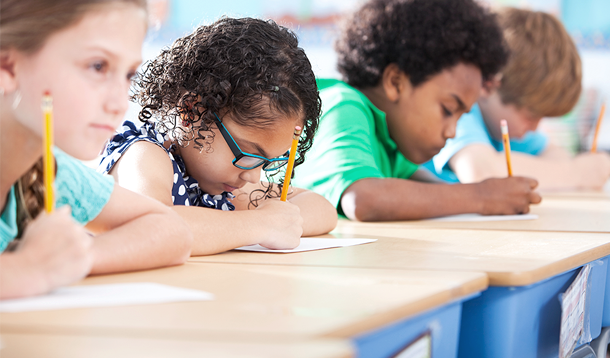 A few weeks ago, my grade-three daughter came home with a small booklet of information provided by her teacher, that was meant to explain to us what EQAO was, how they are preparing for it in class, and to give us pointers for how to help prepare our child.

“Please note this is a stressful time for students,” the first page read.

I asked her what she knew about EQAO.

“It stands for Evil Questions Against Ontario!” she said.

Haha. No. But close! The Education Quality and Accountability Office tests students in grades three, six, nine and ten to see how good a job the teachers in Ontario are doing at teaching the curriculum.

Really, what it does is test students’ ability to regurgitate information crammed down their throats by stressed out teachers anxious to make sure the students can answer the questions on the test, rather than actually learn the curriculum in a manner in which they can best absorb it.

I have yet to meet a teacher who thinks it’s an effective tool at illustrating the success of the curriculum and the way it’s being taught. Every educator I have ever met hates it. In fact, finally, the powers that be in Ontario are considering getting rid of the test, at least for grade three students, acknowledging the fact it’s a stupid test.

“The whole testing culture is a problem,” Sam Hammond, president of the Elementary Teachers’ Federation of Ontario, told the Globe and Mail. “We think that the tens of millions of dollars that are put into EQAO could be put into front-line education programs.”

Yep. As if our school system isn’t cash strapped enough, they’re throwing good money after bad into a test that doesn’t actually reflect what the children are learning. Rather, it tests how they answer questions on a standardized test that isn’t, and can’t be amended to facilitate the way different children actually learn and succeed.

That’s why, when I read the note from my daughter’s teacher saying it’s a stressful time for students (make sure they get enough sleep!, we were told), I made sure my daughter knew I didn’t give a flying poop how she did on that test. I flat out said it has zero bearing on her grades, or her success in school - That it, quite literally, doesn’t matter at all.

Because, quite frankly, it doesn’t. And, the fact that my nine-year-old was stressed over a test, and we, as parents, were told to be stressed about it too, angered me into emphasizing it’s lack of importance. She didn’t need to be stressed! I don’t need to be stressed. For what? So that schools can wave a flag saying they have high test scores and thus they are a good school? It. Means. NOTHING.

So yeah, I told my daughter not to stress. I told her this is one test she just needs to show up for and try her best but not actually care about the outcome. I gave her the opposite speech her teacher was probably forced to give her about how important it really is and how much she needs to care.

In general, I think it’s bad practice to stress nine-year-olds out over anything in school. They’re still in a phase of education where learning should be exciting and fun and they want to learn more. I don’t want her to be stressed to high hell over a meaningless test and I refuse to ‘make sure she has a great breakfast and has a good night of sleep and comes ready to write the test,’ just so she is best prepared for it.

Instead, I’ll treat it like any other day, tell her not to worry about it, and encourage her to try her best, because she should always try her best, not because it matters a lick beyond that.