Why Are Teachers Meddling?

Some things are way beyond the line of education. 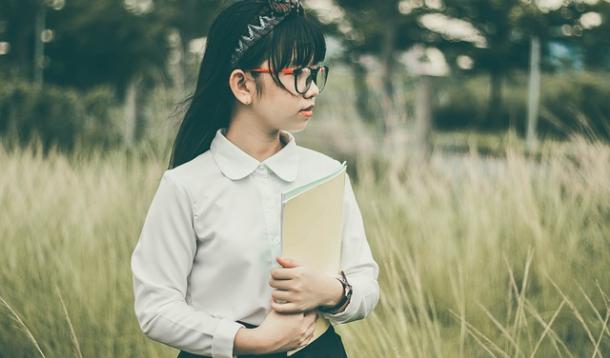 It had been a long day. And when my son threw himself on the floor last night after I asked him to shower, once I finally finished with the dinner things and sat down again, I could literally feel my blood pressure spike.

We all have these sorts of parenting moments and take a breath and move on. So I have the utmost respect for teachers; they have a lot more patience than I do and they have a hard job. Not only do they wrangle my kid for several hours, but also two dozen others, and most of them will never lose their shit in front of the kids. You have to admit that is impressive.

But I have noticed a worrisome tendency for teachers to meddle in things that are outside reading writing and reckoning - in things that should be in a parent's purview.

Opinions are like assholes. Everyone's got one, but neither should be put on display for kids at a school.

I've had a long-standing grudge with my local school board's policy on "healthy food." They spout platitudes on one hand about eating the rainbow and not using food as a reward, and somehow bend everything to fit their perspective that pizza not only can be used as a reward for fundraising drives, but can be sold at school every other week to help fundraise.

Pizza is healthy, they say! It fits the nutritional requirements and sodium limits. Sure. If you tell kids they can only order one slice. Do they limit that? Nah, man, nah. You can't tell a preschooler's mom that she can't let her 5-year-old order three times his daily salt intake.

My son can never participate in pizza day due to dairy allergy. But somehow I got a note home about my son's disturbing lack of variety in his lunch and what healthy choices are.

Listen. He's a boy. He makes his own lunch. And boys are f*cking lazy.

If he doesn't get bored of eating a turkey sandwich on a bagel with an applesauce, exactly 3 baby carrots, and a school-safe banana chocolate chip bar every day the entire school-year long, who am I to argue? And more importantly, why is it a matter of school business?

This isn't to say I don't appreciate, you know, sensible input. I mean, I'm more than fully aware that every piece of advice I tender to my son is contaminated by virtue of the fact I am the parental unit. If you wanted to suggest to my son that he vary his diet some, I'm actually sure a teacher could have a lot of influence. Hell, if they made a YouTube video of it, my son would probably think they're as awesome as Tom Cruise. He loves that guy and YouTubers. Go figure.

But maybe a teacher shouldn't. Or rather, maybe they could but without the intonation that the parental unit doesn't know what the hell they're doing and that the child can't make up their own mind at all. After all - what if I were unable to afford anything better? How would a note home to a parent who is on emergency food services fly?

Maybe teachers could be a parental ally in world-broadening, without the hypocrisy or lecturing. You want to ask my son if he's ever tried zucchini fries and tell him you're totally addicted to them? Go for it. He might actually get curious enough to try them of his own free will.

It's not just food, though, that bothers me. It's a lot of opinions on how to live life properly treading into a place of higher learning. Like the teacher who decided to take it upon herself to cut her student's hair. Or my friend's daughter, who is at a high school where teachers provide opinions on abortion and being gay rather than clinical facts. I get that you - personally - may not approve of something. But if our kids can't get the cold hard truth in a facility dedicated towards education, or you're meddling in things like appearances and diet to the detriment of our children's comfort, then the facility isn't serving its purpose.

If the student isn't in any danger? Let it go. Let's focus on academics.