When Education and Love Go Hand in Hand, Everyone Wins 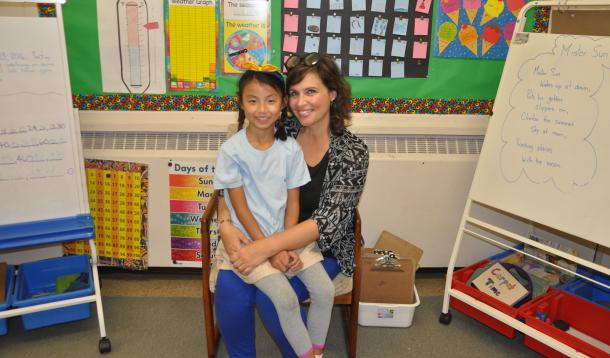 From the time that my daughter Bex was a baby, I knew she was going to have learning challenges. As an 8-month-old Chinese orphanage baby, she had come to us already far behind the curve. Weighing all of 10 pounds, she couldn’t sit up without help and had very delayed motor skills. Despite the rough start, she blossomed and grew with love, care, and some quality physio (among other things). Typical milestones came and went, but Bex was nowhere near them. Talking? Nope. Bex said nothing but “NAR” until she was about two years old. Walking? No deal. She bum scooted until about two and a half and then, very tentatively started walking. To say we were freaked out would be an understatement.

For context, this was not our first time at the Chinese adoption rodeo. My husband Russ and I were already parents of another feisty adopted daughter who was running us ragged with her intellect and attitude. In fact, in Grade 3, she had tested gifted.  But our little one, our ‘Boo,’ was a whole different bear. This one thrived on cuddles, patience and quiet. She suffered from sensory sensitivity, which meant that anything ‘too’ could cause a meltdown. “Too loud!” “Too itchy!” “Too scary!” “I want to cuddle” was her mantra. She was a ball of anxiety and trepidation and needed to be held A LOT. Her attention span was nearly non-existent. You couldn’t read her a book or get her to focus on toys or games. Her favorite pastime? You guessed it: cuddling on the couch. 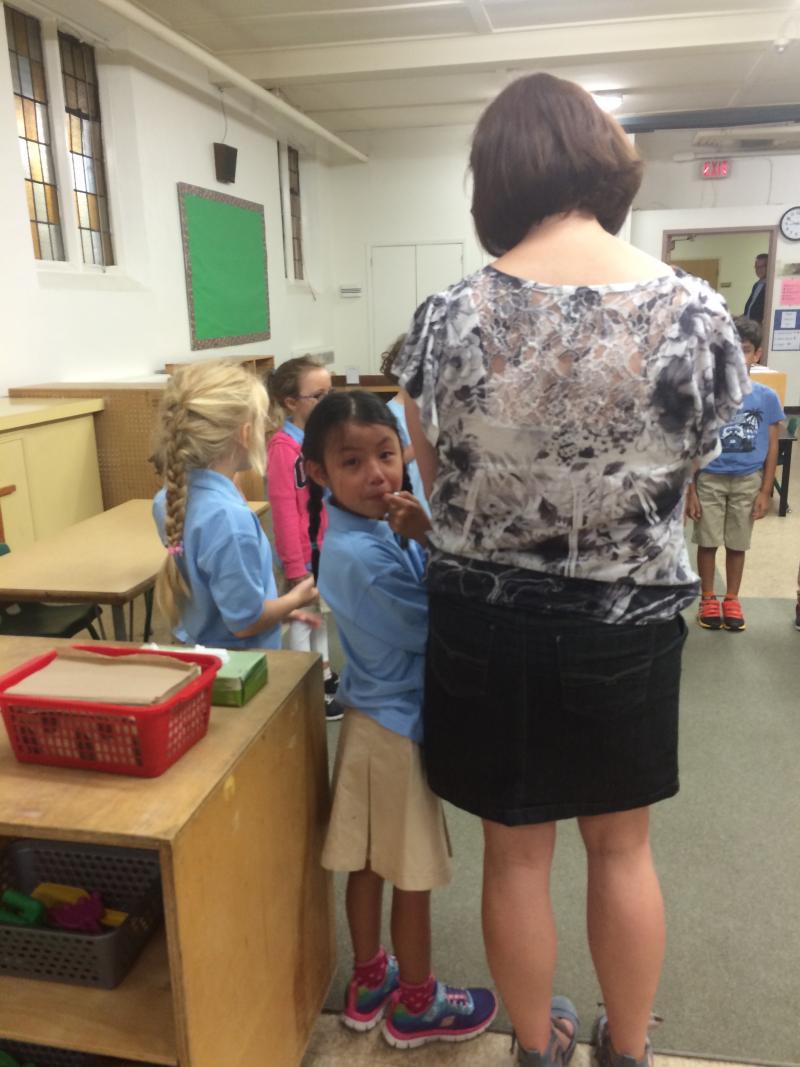 Come JK time, we were freaking out. By this point she was happily ensconced in a terrific daycare who totally ‘got’ her. She was loved and cuddled and helped. So we decided that if it ain’t broke, don’t fix it. There she remained for JK and SK, by far oldest kid in the place. Her peers had hit public school running. Still, we breathed a big sigh of relief….UNTIL three quarters of the way through SK. What the hell were we going to do for Grade 1???

We shuffled through our options. The local public school? No way. She wouldn't survive in a rambunctious class of 35. She’d have a sensory meltdown in 30 seconds, and if she needs a cuddle, she’ll be ‘officially’ screwed. Private school? Scratch that. She’d be learning at a pace far slower than the usual demographic, and would likely get left behind. Home schooling? Yeah…no. Not happening. So what was left??

I asked every parent I knew if they had suggestions, and it was my hair colorist who lived and worked in the ‘hood who first told me about Kingsley School. (As I type this, I tear up with relief just at the mention). Both of her kids had attended, and they were ‘mainstream.’ She had just liked the approach, the values, and the fact that the class sizes were very small. And it had been around since 1981, so it was very much tried and tested.

Their motto was ‘the little school with the great big heart.’

I booked an appointment and went in to meet with Principal Louisa Florio. (Fun trivia fact – Louisa was a former 80’s Canadian pop star who released the original version of Taylor Dayne’s smash “Tell It To My Heart”). Today, Louisa is a very young, hip grandmother and passionate advocate of children’s learning, growth and individuality. 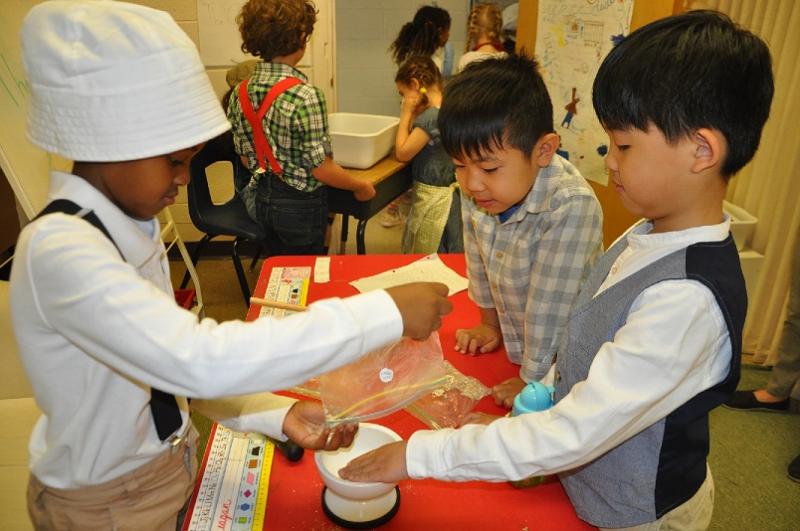 I fell in love with her the second I met her - warmth and bubbly personality oozing out of her every pore. She gave me the lowdown on the ‘raison d’etre’ of Kingsley. It was founded in 1981 as a registered not-for-profit by educator and visionary Ursula Morton who imagined a school that could offer an affordable alternative to the public education, was not an elite private school, and one that really valued, above all else, the growing little humans in their care.

Louisa talked about respecting kids’ feelings, empowering their independence, customizing learning, and giving them freedom of choice – all within a safely structured environment. When I told her about Bex’s rough start and some of the challenges that came with it, she started to cry. That’s when I knew Kingsley was the place for my girl.

That was two years ago. Bex is now seven and in her second year at Kingsley, just starting Grade 2 in a mixed 2/3 class with all of eight kids. She’s reading (slowly but surely), doing math (OMG), flourishing artistically, playing recorder, learning French and her confidence grows daily. More importantly, her teacher Ms. Brantley REALLY gets her. Good thing, too, because she (or someone else who knows and gets her) will be Bex’s teacher for the next 3 years. Yay for consistency!

When Bex needs a cuddle, there are no rules against it, and she can be held and reassured whenever necessary. Louisa has become her designated Chief Cuddler, a role she loves.

Remember, this is not a ‘special needs’ school. Bex’s peers are all learning at the average Grade 2 level. What makes this school so different and special is the intimacy. The 24 students and tiny staff (three full-time teachers, one principal, part-time gym, French and music teachers) means that every kid has a real relationship with each other and their educators. They are seen, respected, and loved individually.

Here’s one story that really sums up what they’re all about. The staff are really sensitive to Bex’s mood changes when I travel for business (which I do a lot). Bex gets clingier and out of sorts and when frustrated or challenged, and can melt down with an inconsolable “I want Mommy” fervour.  So what does Louisa do? She takes her into the office where they Google pictures of me, print them off, and cut them out so Bex can have one in her pocket, cubby, desk and lunch bag. And they laugh, cuddle and have fun doing it. 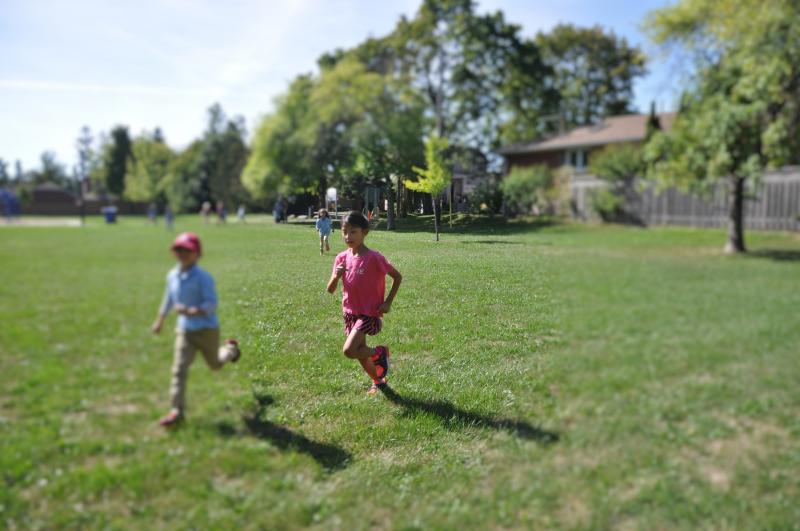 I can’t imagine what I would have done if I hadn’t found this school. Honestly. And I’m sure my story resonates with so many of you who have kids with unique learning styles, ways of being, or who you just want a different kind of education for. Know that there are wonderful alternatives out that that don’t have to ruin you financially. So don’t settle. Never settle. Bex’s real ‘special need’ is just for love. And she gets that there and so, so much more.

RELATED: How to Be an Organized Team Player for Your Special Needs Child

Leslie Ehm is a happily raging entrepreneur who runs Combustion, a whole new kind of training company. When she’s not in an airport, she’s either loving on her two weird and wonderful kids, chilling with husband Russ (who has the patience of a saint) or throwing punches in the boxing ring.