There Are Scarier Things than Clowns Around Halloween 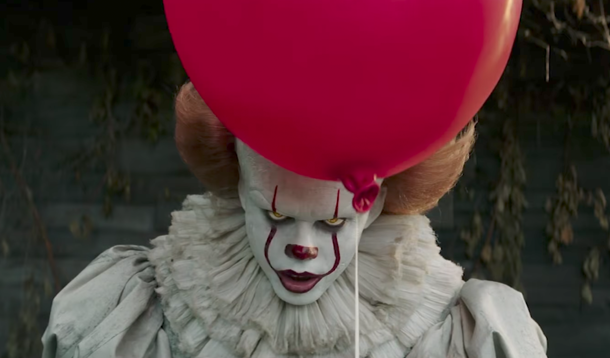 If I see one red balloon, I’m out of here faster than a sneeze through a screen door. Thanks for making my worst nightmares come true, Stephen King.

Now in the “Oh my god this never crossed my mind” files, it turns out that back to school isn’t the biggest cause of kids getting head lice.

What is? If you guessed trying on Halloween costumes, you win a prize. One that involves a fine-toothed comb, a bottle of wine, and the next six hours of your life.

According to a news report from WTOL in Toledo, OH, doctors see a jump in head lice around this time of year thanks to people trying on Halloween wigs and masks at the store.

If you just did a full body shudder, you’re not alone. My son went to a local big box store last week and spent an hour trying on costumes with his friends. When he told me, my only reaction was to ask if he put the costumes back where he found them. Getting lice wasn’t even a blip on my radar screen.

But it is now.

So, what can you do to help prevent it?

Wear a swim cap to create a barrier that will be tough for lice to cross when trying on costumes. (Good luck getting your kids to do that though).

Throw dryer-friendly items in the dryer on high heat for 45-minutes.

Put your newly bought costume or wig in a sealed plastic bag for 48 hours.

Or maybe go old school and make a costume at home that doesn’t involve a mask or wig at all, and let your kids know they shouldn’t try on their friends’ costumes.

Also, don’t think you’re out of the woods on November 1st because the risk of an infestation can last up to a week. Which, ironically, is five days longer than those mini-chocolate bars in your kid’s candy bag will last.