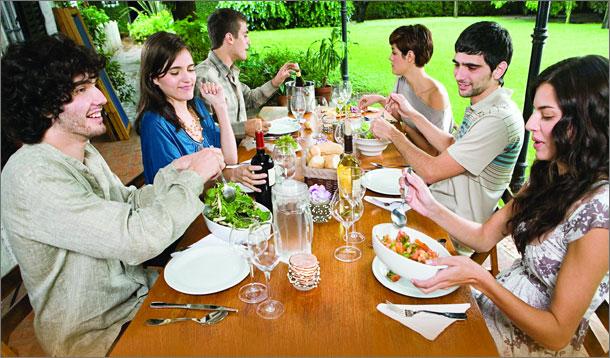 Summer is finally here and with it brings the coveted outdoor entertaining season. Below, I offer some basic summer party hosting tips that will also turn your outdoor event into a spectacular evening.

Dawn Bryan, is the founder of Qualipedia™, an authority on gifting, protocol, quality and conscious choice.

Dawn’s impressive career includes being selected as a consultant and advisor on international protocol for many luxury brands including Gucci, Neiman Marcus, American Express, Business Week Magazine, Hammacher Schlemmer, Citicorps/Diners Club, Swarovski Crystal, and Waterford Wedgewood. Dawn is the author of the best-selling “The Art and Etiquette of Gift Giving” (Bantam) and has authored many articles, columns and books on the subjects of etiquette, gift-giving and the quality of things for Business Week, Town & Country, Modern Bride, Vogue and Glamour among others. Dawn has taught international protocol to globalizing businesses and industries, as well as to Chinese journalists and diplomats in Beijing and Shanghai.

Dawn Bryan was the President and CEO of a New York City city-wide non-profit organization, The Momentum Project, Inc., which has frequently been recognized as a national model for congregate meals and services for disenfranchised urban populations. She served as the Director of Public Policy and Government Affairs for the American Heart Association (in Dallas, Texas and Washington, D.C.), and has been both a teacher and Professor. As a restauranteur Dawn opened and ran a successful South Carolina beachside dining room.

Dawn has been the recipient of many awards, including “Above and Beyond” from the United Way of NYC; NYS Eleanor Roosevelt Community Service Award; National Association of People with AIDS Lifetime Achievement Award (2008); and the Ellis Island Medal of Honor (2007).