I Love the Great Indoors and I Cannot Lie 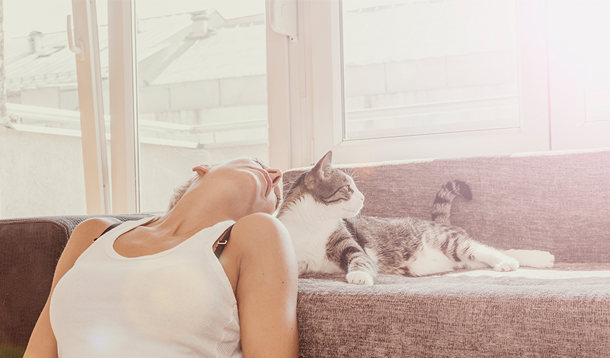 When we adopted our cats, we had to sign a contract saying we would keep them indoors. No cats outside, outside is bad for cats. Promise to keep them indoors where they belong or no cats for you. This was not an issue for me. In fact, given the choice, I’d sign one for myself. I am an indoor girl, through and through. Outside is bad for Heather. Keep her inside where she belongs.

I hate everything about outside. All of it. I was the only teacher at the preschool who hoped for rain so recess would be cancelled. I have to drag myself to the park for the sake of my children. I assume I still have a backyard, I haven’t checked in a while.

Why do I hate the outdoors? Thank you for asking.

The Temperature Can’t Make up its F-ing Mind

Sometimes outside is hot. Sometimes outside is cold. Very rarely it is comfortable outside, and I think maybe this outside deal is tolerable, but then those three seconds end and it’s hot or cold again. No thank you, outside! Inside, I get to decide what temperature it’s going to be like the High Ruler of the Thermostat I should be.

It Never Rains or Snows Inside

Just saying. If I get wet inside, it’s because I choose to. Hot showers? Awesome. Running from the playground to the car during a cloudburst? F that noise. Do I need to shovel myself to the living room couch? No, I do not. I just walk there, like a civilized human being.

There Are Bugs Out There, Guys

Big ones! Ones that bite! Ones with wings and multiple legs! Sure, occasionally bugs come inside, but when that happens, they are in my domain and I exterminate them without guilt. Come in my bedroom, get squashed. That’s the rule. Tell your bug friends. But outside, I am outnumbered, and I’m on their home turf. You take outside, bugs, I’ll take inside. It’s a deal.

There Are People Out There, Guys

Okay, so they don’t bite (usually), but they do make small talk, which is almost as bad. I just want to drink my coffee and do my thing without discussing things that are not actually interesting to either of us, okay Splash Pad Jim?

You Have to Wear Pants

Know where I can be naked as much as I want to? Inside. Know where I can’t be naked? The park. For being all into nature, outside people sure are particular about going au naturel.

No Sunscreen or Snow Pants Required Inside

I don’t like being greased up (except for that one time in university). Sunscreen feels terrible. I don’t even wear make-up, but I’m going to voluntarily cover my body in a thin film? And going without is not an option, because I also dislike being crispy. Either way, going out means my skin will resemble fried chicken in some way. And in the winter? Who likes snow pants, I mean really. I spent ten years as a preschool teacher, I have put snow suits on toddlers eight at a time. I have paid my dues.

So if you want to go to the mall? Call me. I’m your girl. Bookstore? Abso-freakin’-lutely. Netflix marathon? I’ve probably seen it, but sure. But if it involves being outside for more than the time it takes to walk from the house to the car, you’re on your own. I’ll be inside with the cats.