It's ironic that I experienced my first serious incident of racism since elementary school at the Canadian institution of Tim Horton's. 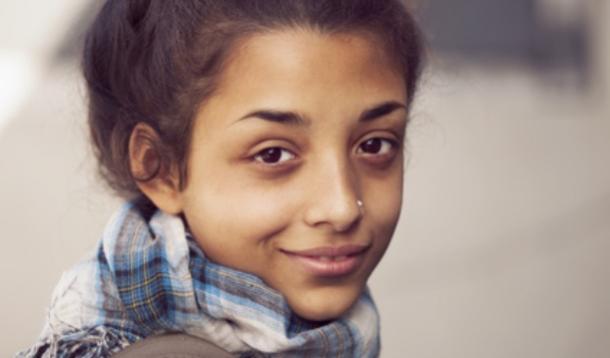 I'm writing straight from the heart today. Before I hesitate — before I think about being politically correct — I just want to share some honest thoughts. This is not the type of thing I usually write about. However, given the events of the world in the last few months, and something that happened to me this morning, I feel compelled to open-up. It’s high time we started sharing our knowledge, experiences, and fears with our friends and neighbours. And these conversations might be difficult, but they are necessary.

This morning I experienced a combination of extreme road rage, anger, and racism in a Tim Horton's parking lot. Tim Horton's is a Canadian institution. You can walk into any location and see people from all different cultures and walks of life gathered here. So it's ironic that I experienced my first serious incident of racism since elementary school at a Tim’s.

Due to a small parking lot misunderstanding, and my aggressive use of my horn to notify a woman that she was backing up mighty fast toward the exact spot of the car where my 9 year-old was seated, I was the victim of what a police officer told me was "extreme rage." When I exited my truck to check if she had hit my vehicle, she flew out of her car swearing and yelling at me. This woman was literally in my face (I felt her spit) yelling at me.

I was scared; terrified actually. I'm not a big woman, and I'm by no means violent, and I felt like she could hit me at any moment. Just as I was composing myself to talk, the male passenger in her car started screaming at me and pulled out the racial slurs. I froze. His words took me right back to being a 7 year-old kid on the playground. That was the last time someone called me a 'Paki' and I remember it like it was yesterday.

There was this kid in my 3rd grade class, and he would hurl racial slurs at me everyday. He would say things that I didn’t even understand (and he probably didn’t either), but I knew they were meant to hurt me. One day he even hit me in the head with his lunchbox on the playground. I was 7 and I was scared and confused because I was born in Canada and was sure I wasn’t a ‘Paki.’ Today I saw that same fear and hurt on my daughter's face.

I got a picture of the angry lady's license plate, and the police are dealing with that. But she isn't the one that upset me the most. During this whole altercation, there was another woman sitting in the parking spot next to the screaming lady. She was about to get out of her car and head in when this started, but then she just sat there with one leg out of the car, looking but not making eye contact with me. And the one time she did catch my eye, she shook her head at me. Maybe she was also racist. Maybe she believes the stereotype that 'brown women can't drive'. Or maybe, she is a nice woman who isn’t racist, but just didn’t know the right thing to do in that moment. (I’d like to believe it’s number 3).

Here's the thing; that was a scary situation, and I don't think she should have stepped in the middle of it, but, she shouldn't have done nothing. She could have called the police, she could have tried to record the woman's license plate number, at the very least (and if the other two options scared her), she could have looked at me with sympathy. After the screaming lady left she could have asked me if I was okay, but she did nothing.

The worst part of this exchange is the impact it made on my 9 year-old daughter. Today she saw one white woman scream at her mom and call her racial slurs, while another white woman did nothing. How does that make her view race? How does that make her feel safe in her brown skin? I talked to my daughter about how the other woman might have been scared or shocked, but she is a kid and I don't know how much she registered or believed.

What some of my non-ethnic friends might not realize is; it's a scary time to be an ethnic minority, and what we need more than anything is the support of our non-racist friends. Next time you are out in the world and see racism, show your solidarity to the victim. I'm not asking you to call out crazy racist people, or put yourself in dangerous situations. I'm just asking you to show your support somehow. I truly believe there are more kind, non-judgmental, non-racist people in the world than there is hate. Please prove me right.

RELATED: Join Me On Our Common Ground Because We Can't Do This Alone

Raj runs a social media marketing agency, is a part-time photo stylist, and a wannabe lifestyle blogger. After work you she can usually be found cooking 'way too intricate for weeknights' meals, covered in glitter, or watching pre-teen television (or sports) with her two kids. Find her at PinkChaiLiving.com