Confessions of a Retired Tooth Fairy

Cut Yourself Some Slack 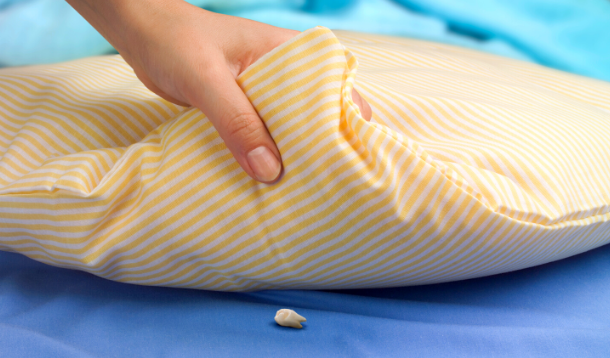 I am lying on a beach, sipping a mimosa. I’ve traded my wand and wings for a bathing suit, pair of flip-flops, and a thick novel. This is my reward for ten years of service as the resident tooth fairy.

I’m actually wearing a Deadpool T-shirt and pajama bottoms. I’m drinking cold coffee and throwing on my third load of laundry this morning. Had you going for a second, didn’t I?

In total, I have collected about forty teeth during my stint as the tooth fairy. Today, I will share with you all the little tips and tricks I’ve acquired to help you along your own tooth fairy journey. Feel free to pour yourself an actual mimosa before reading. Get ready for some fun.

There have been many highs and lows throughout my journey of toothfairydom. There were lengthy and tearful tooth-loosening sessions, messy bedrooms through which to perilously tiptoe, and noisy cats I swear were actually trying to alert the sleeping children to the nocturnal activity taking place in their bedrooms.

I made the decision early on in the tooth fairy gig that there was no way in hell I was rooting under the pillow of a sleeping child to locate his tooth. I’m not sure who came up with this concept, but I give it a solid thumbs-down. I would have had to give my son an entire sleeve of Gravol in order to successfully pull this off. So in our house we adopted the practice of “The Tooth Fairy Box.”

I always tended to lean a bit toward theatrics. By the time my second child started losing teeth, I had invented a name for her tooth fairy and left little glitter-covered notes for her, reminding her of the importance of good oral hygiene practices and always washing her hands after using the washroom.

Sometimes I left little drawings behind. Once, my seven-year-old daughter left a note beside her tooth fairy box asking what I did with all the teeth I collected. I responded with an explanation that I was part of a large network of tooth fairies collecting teeth for the purpose of building a castle.

And while we’re on the subject, I wanted to discuss a fun thing to do with all those teeth. I’ve kept every single tooth that my children lost. I used Gorilla Glue to make tiny polar bear sculptures that I’ve placed in North Pole dioramas that I create in my basement. When each child is ready to leave home, they will get to take one of the dioramas with them as a childhood memento.

Just kidding. See? I told you this would be fun.

That would actually be kinda gross. I’ve heard of keeping a lock of hair for a baby book, but for me, and this is just my opinion, keeping things like teeth, hair, and toenail clippings borders a little on the Hannibal-Lecter-Guide-to-Making-Special-Memories and is somewhat odd and creepy. Seriously. Throw that shit away.

CUT YOURSELF SOME SLACK

Every now and then the tooth fairy would get a wee bit distracted from her duties and occasionally forget to show up for work. The natural reaction when looking upon the disappointed face of your child is to flog yourself for being a bad parent. I would like to help you side-step the potential landmine of guilt in this situation —  She’ll carry this rejection with her for the rest of her life, blah, blah, blah — and help you see the opportunity that exists to cash in on a little household help. First, these situations can be gentle lessons on helping your children cope with small disappointments. Our generation of parents has focused so much on trying to create the ideal child-rearing environment and elevate the self-esteem of our spawn to the point where we push ourselves to the brink of exhaustion while stunting the emotional growth of our children. The fact of the matter is that not everything in life will be tuned to the frequency of their pleasure. The sooner they learn how to cope with that, the better off they will be.

But I have, rather successfully I might add, attributed missed tooth fairy visits to bad weather systems, restless and hungry house cats, messy bedrooms, interference from cellphones, and shoddy oral hygiene practices. Everyone knows that the tooth fairy can’t use teeth that have cavities to build her castle. It compromises the integrity of the enamel and is therefore not structurally sound enough to be part of a load-bearing wall. Engineering 101.

These little chats resulted in a child who took the initiative to clean his or her own room, didn’t forget to feed the cat his dinner before going to bed, and no longer required twenty reminders a night to brush their teeth.

When the tooth fairy showed up the following evening, there was always an accompanying note that thanked the child for picking up their laundry and putting away their toys, making the tooth fairy box soooooooo much easier to find. Occasionally, the tooth fairy would leave a little something extra if the visit came on the heels of a really good dental check-up. Sometimes, I would take the opportunity to have a little fun and invent a whole new tooth fairy identity, attributing a high turnover in staff to an influx of tooth-shedding youngsters in Russia or the recalibration of a tree trunk teleportation system. My daughter always delighted in the behind-the-scenes stories of the tooth fairy industry.

THE END OF AN ERA

My son’s tooth fairy years ended suddenly when a friend of his craftily set up a recording device in his room to catch the tooth fairy in action. When he saw that it was really his mother who was doing the deed, he immediately shared this knowledge with the rest of his third-grade class to let all his buds know they’re being hoodwinked by their parents. My boy was a good sport about it. His analytical mind was always suspicious about a tooth-collecting nymph from the get-go. But he agreed not to spoil the fun for his younger sister.
My daughter, on the other hand, was more reluctant to let go of her magical beliefs. Even after learning about the true nature of the tooth fairy from her friends, she wanted the fun to continue. She was nearly twelve when she lost her final set of molars. She would make a big production of cleaning her room, feeding the cat, and using glitter to summon her tooth fairy. She’d even go so far as to bring me a cup of tea in the evening and give me a casual reminder about how excited she was for her tooth fairy visit. I’d take the cup of tea and smile. A silent exchange occurred: You know. I know you know. I also know that you know that I know that you know. But don’t worry…I’ll keep playing along if you will. Know what I mean?

On the night that I took the final tooth, I left behind a couple of shiny coins with a note that thanked her for all the nice teeth over the years, wished her luck getting her braces, and gently reminded her of the importance of rinsing her dishes before placing them in the dishwasher. I told her that I would be moving on to a brand- new kid who was just starting to lose her baby teeth but that I would never forget her and our time together. I told her to keep being awesome and never stop using her creativity. Goodbyes are more for the person doing the leaving.

So how will I fill my time now that my tooth fairy duties have come to an end? Considering how beneficial the tooth fairy’s presence was for things pertaining to household order, I’m seriously considering inventing another fairy to help me out. I’m going to call her the Sass-hole fairy. But unlike the tooth fairy who leaves things behind, the Sass-hole fairy takes things like iPads and headphones from surly preteens who give their parents (particularly their mothers) sarcastic and unpleasant attitude. Who knows…I may be running off to seek refuge on a beach after all.

Category:
Inside Your Home

Lucy Lemay Cellucci is the author of You Are Here: The Struggling Woman's Guide to Reclaiming Happiness.

Passionate about the well-being of women and all things related to food, wine, and gratuitous caffeine intake, you can visit Lucy at thestorytellerspage.com and grab a free sample chapter from her latest book aimed at helping women escape the vice-like grip of chronic discontent.

Follow her on Instagram @storytellerllc or tune in to her podcast, The Caffeine Chronicles, where she enthusiastically discusses lattes, longings, and leaning into life’s challenges.