The Life Cycle of a Clean Home

It all started when Mom got tired of never being able to find a single thing and became resentful of being considered the only one in the house who could... 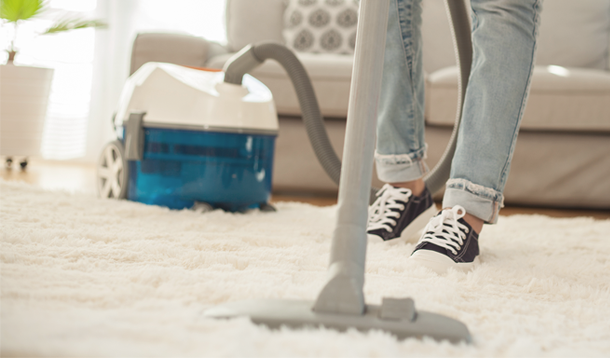 With much fanfare, the Clean House is born. It is a birth story like so many others, not particularly unique but precious to those who are able to enjoy the magic that is the first few moments together.

It all started when Mom got tired of never being able to find a single thing and simultaneously became resentful of being considered the only one in the house who could, much like being a legend on a map in a time where everyone just uses GPS. I AM LEGEND is not just a movie starring Will Smith, it’s the plaintive cry of a mom who is tired of looking for everyone else’s stuff and just wants to have a bubble bath and read a book. With that outpouring of emotion, the birthing plan of Clean House begins.

The dishwasher is run eleventy billion times, making a clattering noise like a screen door in a windstorm as heard from under a bubbling hot tub jet. T-shirts are resettled to be with their comrades, moved at last from their temporary encampment in far away Laundry Basket to their rightful home in Second Drawer from The Top NO NOT THAT ONE THE ONE BELOW IT. The vacuum hungrily consumes everything in its path, breaking its fast like a bear after a long winter’s nap.  It will vomit a little on the rug, as if it overindulged and could not contain everything. The bag is full and apparently the last one in the box (WHY ARE THEY NOT LABELLED ACCORDINGLY).

Elsewhere in the apartment, the windows are scrubbed until they make that weird squeaking sound indicating there is no more residue to be gleaned for harvest. There are enough trips to the garbage bins to satisfy this homemaker’s wanderlust for at least a year. Lint is removed from the screen like sheep sheared to make fine wool that will eventually become sweaters (that also go in the Second Drawer from The Top).  Jackets are shooed from chair backs to Hall Closet, like concert goers who have crept up to observe from a better vantage point but are happened upon by the rightful ticket holders for their seats. They are stowed away with reluctance, like many other things.

Counters and tables are cleared of paperwork according to the intricate filing system that is “On That Pile Over There I Will Get To It Eventually Why Have We Not Yet Purchased A Filing Cabinet This Is Chaos”. Shoes migrate from the front foyer where they have been tripped over one too many times and huddle together in the over-full shoe cubbies, resembling penguins trying to stay warm. Baseboards are dusted and lamented aloud, their very reason for existence contemplated. The shelves from the fridge are gingerly removed, placed to soak in the bath tub and afforded a level of privacy envied by the oft-interrupted-while-bathing parents who busy themselves with other tasks. There is mopping, a slow waltz across the kitchen floor that is as artistic as it is sanitary. “The five second rule may now be invoked!” we declare as we retire to the bedroom.

The bamboo fabric, which we affectionately call “Kid’s College Fund”, is leisurely stretched over the mattress that has seen better days than this one, wherein the relative merit of top sheets is debated loudly. The comforter is replaced with one that has less cat hair and I imagine it feels like one of the protagonists in First Wives Club. “You Don’t Own Me” the mattress squeaks. We struggle to cover it to make it look like grown ups live here instead of barbarians who would be happy to ensconce themselves in a duvet burrito of I GIVE UP MARTHA STEWART DOESN’T LIVE HERE. You’re right, we don’t own you, we concede, because paying you off on the credit card takes as long as a mattress takes to lose its firmness. Coincidence? I think not.

Exhausted, we collapse on the couch and survey the fruits of many hours of labour. Clean House, we name it, gazing upon it proudly. The satisfied silence is broken with an optimistic declarative statement.

“Now all we have to do is maintain it!”

And we laughed and laughed.

RELATED: This Magical Soap Scum Remover is Going to Change the Way You Clean Forever