Just having your phone around impairs your brain function - and who among us has brain power to spare, anyway? 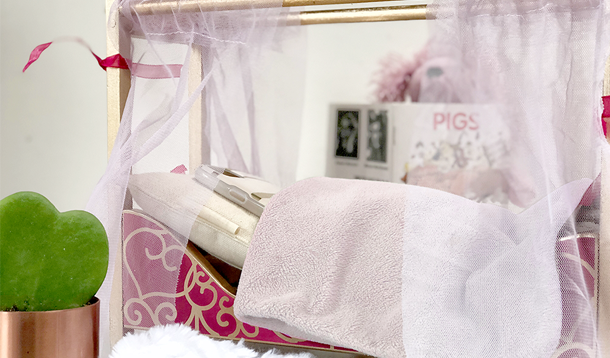 If you feel like you have a close kinship with Doug from the Pixar movie Up, you're not alone out there. Some days it feels like I can't go even five minutes without having to divert to another chore. Something dings, someone yells, and sometimes our poor old, tired mom brains chime in with something like "HEY, I'm going to sing the most annoying song you know now. On repeat."

There's one definite real-world culprit that contributes to our tendency to... SQUIRREL!

A recent study determined that our smartphone's very proximity  to us has a measurable adverse effect on our cognition. Even when it's turned off and facedown. The easier it is for us to access the phone, the worse it is for our cognitive capacity - people who left their phones in another room performed better than those who had it on their desk.

It's almost like having a naked toddler yodeling in the room with you while you're trying to get work done. Even if you're determined to ignore it, a part of your mental power is literally dedicated to the very act of ignoring it. Your brain is like a bucket, your capability is the amount of water you can put in it, and your smartphone has decided to fill the bottom with rocks and goldfish and - ooh, is that a a mermaid tail blanket for sale on Etsy?

The phone overlords The consumer world, it seems, is bound and determined to make sure your phone becomes literally glued to you. If you don't believe us, look at this company trying to make shower selfies and Netflix a thing.

We assume this is being marketed exclusively to teens and young, childless 20-somethings because After Children, unless we're alone in the house, we couldn't have a shower longer than two minutes and thirty seven seconds even if we wanted to. It'd cut into our shower time too much to stick this thing in a pocket, so we will have to continue to do without shower selfies.

Where was I going with this? Oh yeah. Phones are messing with our brains, and I don't know about you, but as a mom, I already don't brain good.

Clearly there is a need to create a separation in our life between us and our precious. Of course, it's hard to imagine life the next five minutes without a smartphone, so you're going to have to take drastic measures to create the distance. The editorial team recommends such things as shutting your phone in the bathroom and forgetting where you put it all day, attempting to transfer your phone addiction to the ancient hobbies of antiquing and going outdoors, and perhaps the best idea of all: creating a bed for your phone.

Listen, before you say "That's crazy!", you should know Ariana Huffington tucks her devices into a literal bed every night in a bed OUTSIDE the bedroom (it also conveniently doubles as a charging station!). So yes, it's crazy. So crazy it might just work. She's got a point after all: she says that by inviting the phone into the bedroom, you're inviting in all the stress that goes with it. You're bringing in your work, you're bringing in your distractions, you're bringing in the bright white light that you don't need when you're preparing for a good night's sleep.

Of course, if you don't want to spend a ridiculous amount of money on a cute bed for your phone, then you could just just use your ordinary phone charger cable and make a cute little blanket for it.

Just make sure you lock it in the bathroom where it's sure to become an interesting conversation piece when you have guests.