The Not-So-Hidden Challenge of Being a Hockey Mom: Hockey Odour

This is hockey! And it smells! 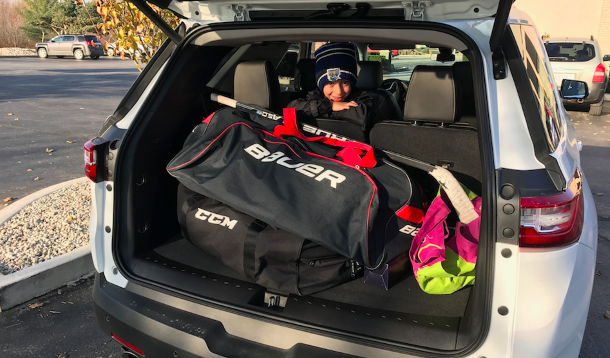 There is nothing cuter than seeing your child take their first little steps, arms held straight out to balance. They almost look like little soldiers, marching until they fall directly flat on their bottoms. But they keep going until they make it; they’re resilient and persistent, our kids.

And, because we’re Canadian, so many of these little ones soon do the same on the ice rink. Their first shaky steps strapped to blades quickly become glides, glides turn to crossovers… and before you know it, they’re running drills on the ice, rink snow building up on their socks and jerseys, working up a sweat earned by hard work, and revealed as they remove their helmets to rosy cheeks and wet hair stuck to their forehead.

Hockey is Canada’s sport. It teaches our kids (and us!) sportsmanship, resilience, team work, and the value of winning (and losing). From September to April my family and I are at a rink at least six times a week. On weekends, it can be multiple rinks on the same day. It’s taking days off work in exchange for tournaments and eating dinner in the car in order to make the pre-game warm up for a 6:30pm weekday battle. It’s all worth it to see those cheeks, those smiles, and the friendships they’ve made over the years.

But this is hockey! And it smells!

A recent Purex survey conducted by Leger reveals that, of those with hockey equipment in their homes, 77 per cent of Canadians admitted to only washing their gear once a year or less, with 36 per cent admitting to never washing their gear. No wonder the words “Hockey Bag” are synonymous with odour. 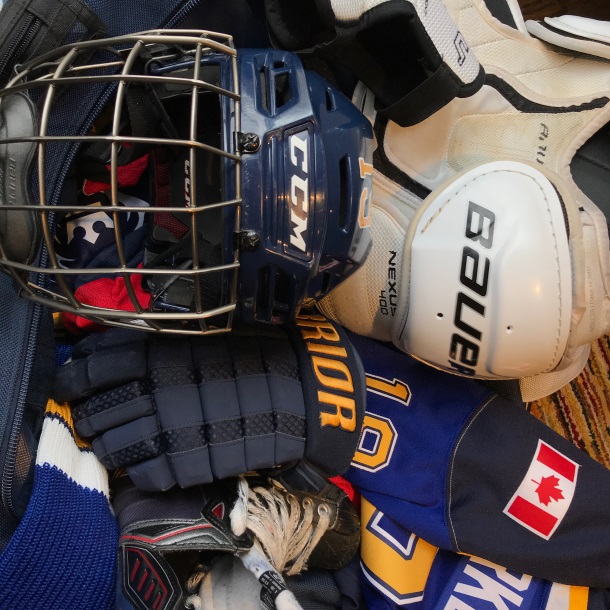 We have tried everything to avoid the hockey stench – a stench which I have been told by friends and family with older players that cannot be beaten. They say it’s part of the game and a fact one just has to accept, as though it’s a rite of passage all hockey moms have to endure.

How does it get so bad? With older kids, I get it. The players are young men and women. They sweat. They smell. But surprisingly, the young kids stuff gets just as stanky. My hypothesis is that it gets wet because they are learning, and make frequent falls on the ice and the snow builds up on their socks and jerseys. It stays damp, permeates the equipment in their bags and then… things get nasty.

I’ve tried products; I’ve bought a hockey tree and I’ve looked up hacks and talked to other parents. 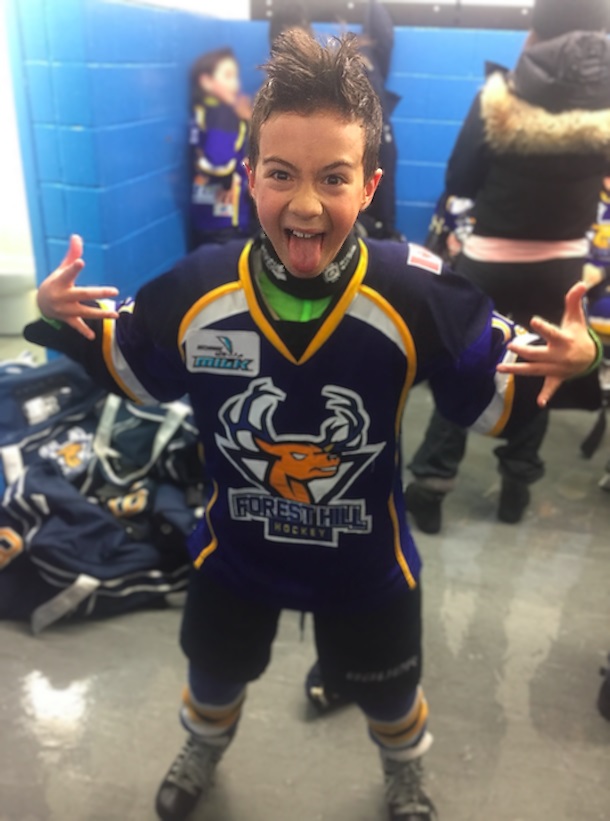 Then I found out about a new product that’s ideal for fighting hockey odours at home. Purex Odour Release is the first branded value laundry detergent in Canada that uses an effective “fragrance encapsulation” technology and it’s proven to eliminate odours – even challenging ones like hockey gear bags. And, the freshness lasts for up to 30 days! It works just like a regular detergent and it’s safe for all equipment! No more hand-washing. Just follow these easy tips when you’re washing your family’ gear:

Cheers, fellow sport and hockey moms! There is light at the end of the tunnel. We will survive, olfactory nerves intact! We will live to breathe another day! 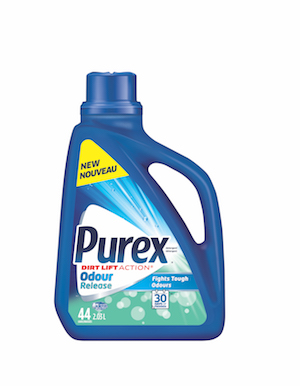 Purex Odour-Free Hockey Shop is on the move!

This March and April, Purex is stopping at hockey games and tournaments across Ontario to give out free used hockey gear washed in new Purex Odour Release.

They're at 10 stops in 8 Ontario locations and you can catch them in your town - and leave the stink at the rink!

This is proudly sponsored by our friends at Purex. Visit the Purex Odour-Free Hockey Shop on its tour of 8 Ontario cities this March and April, and leave the stink at the rink!