April Fool Pranks that Won't Have Your Kids Running for Therapy 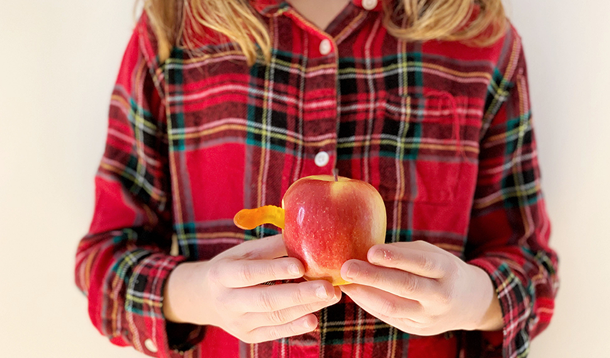 I have a not-so-secret crush on John Krasinski. Unlike the prank loving Jim Halpert he played on nine seasons of The Office however, I do not love pranks. Most pranks, I think, are aimed at taking pleasure in someone else’s misfortune, and that just feels mean.

Rather than plan out a carefully executed schadenfreude, and still wanting to still keep the joy of a day of jokes alive for my family however, I am into the idea of gentle, silly, “oh mummy” soliciting gags I can play on my family, that make all of us laugh - or as my future husband Jim Halpert might say, gutenprank.

Cut out a few capital letter E’s in brown felt and place them in a baking dish, covered in foil. Tell your kids you made brownies (get it? Brown e’s?), and after the groaning, reveal the brownies you actually made, because you are awesome.

If you are feeling particularly crafty, cut two wedges of yellow sponge, and decorate with icing and sprinkles, so that it looks like a real piece of cake. When your child sits down to eat this, and realizes it’s not quite the piece of cake they’d been hoping for, reveal the other cake you made (cough, bought), because once again, you are awesome.

An Apple a Day

This one is my FAVOURITE. Scoop out a little hole in an apple with the tip of a veggie peeler. Tuck a gummy worm into the hole (you might need a toothpick to secure it in place) so that the body and head are poking out, and pack this as the fruit for your little one’s lunch. 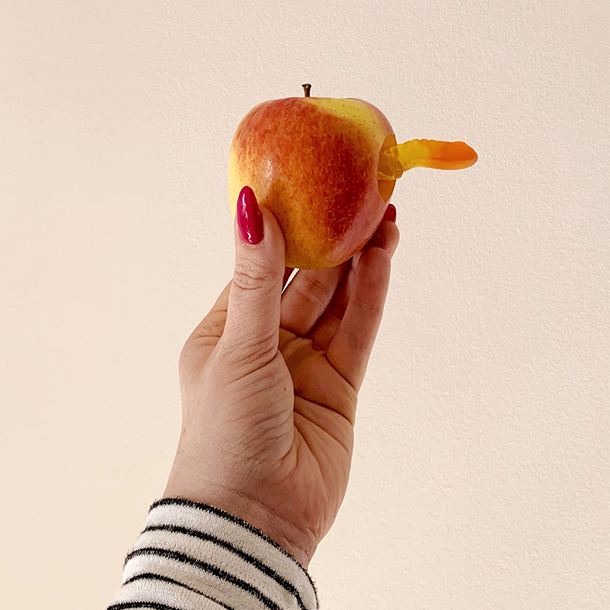 Tuck a plastic cockroach inside a fabric lampshade, so when your kids turn on the light, mega bug is there to get them. Save this for kids you already know love gross stuff - so basically, this is for 8 year olds.

Harry Potter alive and well in your house? Prep an “acceptance” letter in your mailbox addressed to your children, courtesy of Hogwart’s. Bonus points for adding little white feathers that might have been left behind from dear Hedwig herself. Follow it up with some jelly beans that taste like…jellybeans. One Hogwart’s prank is enough for one day.

Pranks don’t need to make someone feel small; these are some simple and lovely jokes you can orchestrate for your family (or coworkers?) that are guaranteed to bring you closer - and usually sharing something delish to eat.