I thought my baby was going to die 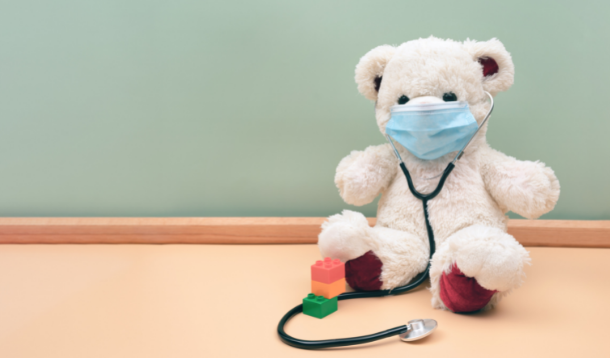 It started the day after Easter. My almost-two-year-old son was tired, and who could blame him after a weekend of family, excitement, and sweets? An extra nap for a day or two was no biggie.

But then one morning he woke up drenched in pee. This was no simple leaky diaper, this was head-to-toe, hair, pyjamas, blankets, and mattress, all completely soaked through. Soon after he had no appetite, was vomiting, and near-inconsolable crying was added to the list of symptoms. A consultation with a nurse told us he likely had caught a flu-like bug that was going around. Simple instructions: watch for high fever or trouble breathing, and keep him hydrated. Hydration was no problem; he was chugging down as much as we would let him drink, in between more naps than he'd taken since he was a newborn.

For two days we followed her instructions--until he started vomiting black gunk. Another nurse told us not to worry unless it happened again. Over the course of the next few hours, he went from looking simply tired to resembling a skeleton. He was thin, pale, his eyes were sunken, and he was too shaky to stand. By noon his dad and I looked at each other and had the same thought - this was much more than the flu, and minutes later we were out the door on our way to the emergency room. By the time I carried him into the building he was barely able to hold his head up. Seven doctors and nurses rushed to work on him in that big hospital bed, surrounded by needles and tubes. He seemed to only have the strength to cry, and I couldn't even hold his hand.

I thought my baby was going to die.

Despite all he'd had to drink he was so dehydrated they had to stick needles into his bones to administer fluids. His blood sugar was 1,383--which, if you're fortunate enough not to need to know what that means, is almost 1,200 points above a healthy level. Within minutes we had the diagnosis that changed our entire world: type 1 diabetes. T1D, to those initiated into the club nobody wants to be in.

It took almost 48 hours for his condition to stabilize, with the risk of brain swelling looming all the while. They pricked his fingers every thirty minutes to check his progress. They shone lights in his eyes every hour to check his brain. When he woke, he cried from the pain before falling back into a restless sleep. When he was so tired he didn't respond to the nurses' prodding I prepared myself for bad news. In between, I wondered why this was happening. Why my kid? What had we done wrong? What if we hadn't given him that marshmallow Peep on Easter? Or that one extra cup of juice or one dessert? Would that have kept this from happening? Why hadn't we known sooner? How awful of a mother was I to let my baby suffer for days?

On top of it all, we were put through intense training on diabetes and how to manage it. What the numbers meant, how to track blood sugar, how to draw and administer insulin. Books, papers, pamphlets, and boxes and boxes of supplies. Our life post-diagnosis was a roller coaster. I cried the first time I stuck a needle into my son, and minutes later laughed when he giggled for the first time in a week. The first night home was full of petrifying anxiety as I sat watching his blood sugar go up and down and up again. I now needed to keep track of appointments and food logs and a kit full of supplies that could save his life. One day I feel like we've got this, we can handle this new normal; the next I'm drowning. It's a roller coaster that has no end in sight, because T1D has no end.

But through this roller coaster, I've come to learn a few things.

1. We did nothing to cause our son to develop T1D. As a parent, it's nearly impossible not to blame yourself for anything that happens to your child, and letting go of that blame is a battle. But no amount of exercise, healthy diet, or any other factor can prevent the onset of T1D. If it will happen, it will happen, and it's nobody's fault.

2. There is a frightening lack of awareness among parents without T1D children. In almost all cases, the disease isn't caught until a child ends up in the same state my son did. In hindsight, he had every warning sign: excessive thirst and urination, fatigue, irritability, sudden weight loss, stomach pain, and fruity-smelling breath. Yet they all slipped through the cracks. Most people have heard of T1D, but few know what to look for in their own children. So much pain, trauma, and fear could be avoided if they knew.

3. There's a secret family that comes along with a diagnosis. Other people who live their lives by finger pricks. It's a family full of exhaustion and worry, but also full of joy and strength. It's proof that T1D kids are still kids, and they can do anything anyone else can--and they can grow into adults who can do anything, too. It's proof that their caretakers can take on the weight of the world.

4. Kids are resilient. They adapt. They find joy when adults are overwhelmed with the negative. They are warriors.

5. I can be stronger than I ever thought possible. T1D can slow us down and throw wrenches in all our plans, but I can make sure it never stops us.

Lacy Sheridan is a writer based in Boise, Idaho. Though a fantasy fiction writer at heart, and the award-winning author of six novels, she has branched into chronicling her parenting journey as mom to a diabetic toddler in the hopes of helping other parents of diabetic children and of raising awareness of the disease. When not typing away at her keyboard or playing with her son, she enjoys reading, crafts, exploring nature, and caring for her myriad of pets.