My Husband Became Addicted To Opioids. This is How the Unthinkable Happened

Our story is shocking, but sadly not completely atypical. 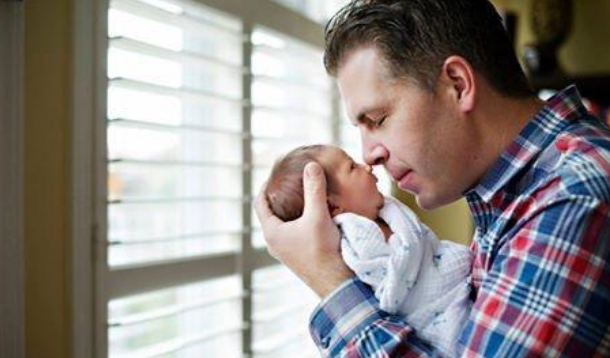 My husband had an accident. A very bad one while on vacation in Curacao. He ripped open his hand while running from people who intended to do him harm. I thought that getting him home to Canada with trustworthy medical care was the big job, but boy was I mistaken…the journey had just begun.

As soon as we arrived at the Canadian hospital I had to sign a consent form for the possible amputation of his hand. The doctors were horrified by what they saw. He had a necrotizing leptospirosis infection that required four surgeries to rebuild his hand using the flesh from his arm, and a vein transferred. We were living a nightmare.

To say it was painful would be an understatement. This happened 12 years ago, before the negative effects of opioids were really understood, so he was prescribed all kinds of narcotics liberally without understanding the potential for addiction. I believe the doctors truly wanted to help take away some of the pain. They were empathetic. Frankly, there was no way he could have endured that year of full-time physio learning how to use his hand without pain medication.

A host of doctors spent two years prescribing my husband a barrage of mix and match pills, hoping to find the right combination of pain medication that actually took the pain away and didn’t make him so nauseous he vomited. It was a trial and error guessing game to find the right drugs to manage his acute post-surgical, chronic, and inflammatory pain.

Pain is a complicated disease. My husband and I have since read the research that says genetics contributes up to about 30–76% as to how each of us will respond to opioids. (1) No wonder finding the right combination of pain-reducing narcotics felt next to impossible. We were flying blind! It was taxing. On everyone. My husband, me, our kids.

There was a period over a few years that the side effects and pain were lessening. We thought we were out of the woods and things were returning to normal, but we were sadly mistaken.

After about eight years, finally finding a mix of the right medications, it became obvious that my husband was habituated. Addicted, but with a drug dependency to take away pain rather than get high. Habituated simply means, the medication having less of an effect or having to increase the dose to get the same effect. By now, doctors were recognizing serious negative outcomes like drug dependency when prescribing powerful medication like OxyContin. But, it was too late for us.

We asked for guidance at the pain clinic, where it was suggested my husband try yet another mix of meds, this time to offset the habituation. Just like the original blind prescribing, this was a guessing game where he became a guinea pig for a whole new group of drugs. Ultimately, none of them worked. Instead, we spent a year enduring starting and stopping medications and treatments that all had side effects, again putting a strain on our family. Two of the pills made him hallucinate. I’ll never forget the resident in the pain clinic after the first hallucination episode remarked nonchalantly, “Well, hallucinations only happen 2% of the time on this drug.” It was terrifying.

At the time, the science of pharmacogenomics, (See also video from Mayo clinic) the study of how genetics affects the way medication interacts with an individual processes medication, hadn’t yet gone mainstream. In our case, if my husband had had access to something like the Inagene DNA Test, the treatment after his traumatic accident could have been totally different. Based on the results of the test, his doctors would have been able to offer a more tailored and personalized treatment based on his unique genetic makeup. They would have known which meds wouldn’t provide pain relief for him and which pills would cause him terrible side effects up front and could have steered clear of these altogether.

Apart from the obvious benefit of helping him avoid months of agony, prescribing the most effective meds for him early could have reduced his exposure to narcotics and avoided the nightmare of him developing dependency. The test would even have told his doctors whether he had inherited any gene variants that are known to increase his relative risk of dependency.  All this intel would have been invaluable in helping us avoid this whole terrible nightmare.

In addition to being my husband’s caregiver all these years, I am a Director in the Digital Transformation office at a major Canadian insurer where we are looking deeply at the potential of pharmacogenetic DNA testing for our members, and in my spare time, I am an ethical data privacy advocate.

Our story is shocking, but sadly not completely atypical. The average person will have several surgeries in their lifetime, and over 85% will suffer through moderate to severe pain afterward in spite of the pain meds they are given.(2) This untreated pain leads to the development of chronic pain for 20%, and extended trial and error with narcotics carries the danger of drug dependency.

We can do better. We must do better. We have the means to stop creating guinea pigs out of patients who are at their most vulnerable. The experience created in me a passion for advocacy in medicine as a patient partner, and we have lobbied the government for changes to oversight of controlled substances, training for doctors on the adverse effects of non-palliative opioid prescribing, and, ultimately, safety for all patients.

As for my husband…he’s a superhero in my books. Despite all his doctors warning him it wouldn’t work, he managed to get himself through withdrawal hell and taper off all medication through sheer will. Today, the only medication he takes for his pain is Tylenol. He had to do it - for the sake of our family - and his future.

Let our family’s nightmare be your warning. Accidents happen. Be aware of the dangers of narcotics. Understand how your body reacts to pain medication before you’re in crisis by investing in an Inagene DNA test before you need it. And be there for your loved ones through the tough times. It’s all worth it in the end.

This is proudly sponsored by our friends at Inagene

Anna Foat loves the power of possibility of changing the status quo in healthcare to drive better patient outcomes. She’s worked at a start-up, grown with one of the most famous Canadian scale-ups (and subsequent crashes), and now works for a major insurer to accelerate digital transformation efforts. As a caregiver for both her husband and mother in law on complicated chronic health issues, her advocacy opened an opportunity to be part of the newly formed Western Ontario Health Team in London Ontario as a patient advisor. She earned a BA in English Literature from the University of Waterloo and now teaches Design Thinking at Western.