A few months Ago I Decided to Wean off Antidepressants. Here's How it Went. 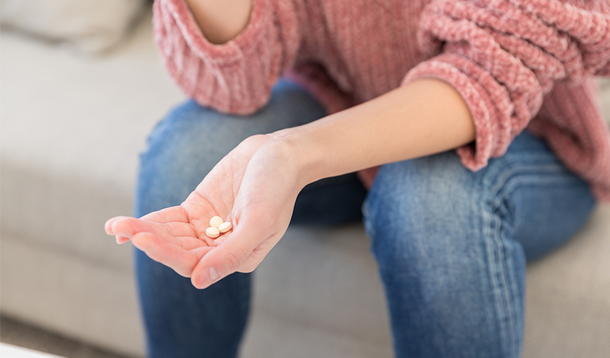 A few months ago I decided to wean off of my antidepressants, which had been prescribed to me 18 months ago when I was diagnosed with prenatal depression.

I was in the early stages of my third pregnancy when I began experiencing debilitating moments of anxiety and sadness, and found myself unable to cope, sleep, or deal with day-to-day stress. I knew that I needed to get myself to a doctor, and quick, and by the time I was entering my second trimester I finally had summoned the courage.

As soon as I entered the office I was asked to complete a self-reported symptom checklist (called the Hopkins Symptoms Checklist), and based on my answers my doctor was seriously concerned for my mental health. He noted that according to my results, I was severely depressed, and medication was not even a choice anymore, it was a must.

I had a form of depression called antenatal or prenatal depression, which occurs during pregnancy, and if left untreated will typically result in postpartum depression. Because of the stigma that many feel, especially related to pregnancy and depression, the statistics are likely not a true picture of the number of women who experience antenatal depression. However, before becoming pregnant over 15% of Canadian women are diagnosed with depression or treated with antidepressants.

I left the doctor’s office with a prescription in hand, and took my first pill only hours later. There was only one type of antidepressant that was recommended to take while pregnant, and even it was a risk. We both agreed that the risk of not taking the medication was far greater.

I noticed a shift in my mood within weeks of starting the medication, and the remainder of my pregnancy improved significantly. I was followed closely by my midwives, went to counselling, and checked in often with close friends who were concerned for me.  I was one of the lucky ones, well supported in my severe depression through a variety of avenues.

When my baby was born I met with my doctor to discuss my options regarding my antidepressants. We both agreed that because I was still high risk for postpartum depression, it made the most sense to remain medicated for the first year postpartum. As long as my mood remained level, my doctor agreed to support me if I chose to wean off.

Shortly before my daughter’s first birthday I scheduled an appointment to meet with my doctor again, eager to discuss weaning off. My mood was level, and I felt that the negative symptoms I was experiencing from my medication outweighed any positive at that point. I was struggling with brain zaps, weight gain, extreme fatigue, and constant forgetfulness.

It took nearly two months to wean off my low dosage of medication, and a lot of determination. I felt sick, weak, and shaky through the process, but I wanted to experience freedom from what felt like a burden in my life. Finally, I was able to discontinue taking my morning pill. The feeling of deleting the alarm off of my phone was cathartic.

Ever since weaning off of my antidepressants I have had to be very intentional about my mental health. I check in within myself often. How am I? How is my mood? Am I handling life well?

I go to yoga weekly, meditate every day, journal my thoughts and anxieties, pray constantly, check in with friends, and will be starting up counselling again soon.

At first, the thrill of weaning off the medication was enough. And then it wasn’t. Within a week of being off my medications I began to experience full blown panic attacks. My chest would squeeze, and I would find it hard to breathe, or even think. I also found myself losing control quickly, I’d be fine one second, and then I’d blow up and yell at my husband, or even my kids.

Is this what freedom feels like? No matter how many times I meditated, or journaled, or brought my self-awareness to my body, I could not maintain an emotionally level day. Most of the day I could, but there always seemed to be something, whether it was hunger, fatigue, stress, or disobedient kids, that would send me off the deep end, at least for a few minutes each day.

I was also not eating well, because of the stress of trying to maintain my clear mind, which meant I wouldn’t be losing weight any time soon. I couldn’t work out because I became anxious every time I thought about going to the gym. I felt like my brain was in a constant fog still, and wondered what the point of weaning off was.

Going off of my medication made me feel like a lesser version of myself. I wanted to experience freedom from a drug, because I believed that medicating myself meant that I was removing a piece of me. I thought that through my medication I had lost who I was, but once I weaned off the person I found was scared, alone, and had no way to cope.

I finally had a breakdown big enough that warranted a call to the doctor. I made an appointment to discuss new medications. Now that I’m not pregnant there are more options, and I can explore something with less side effects.

For me, antidepressants are not a chain that I need to break free from, but a tool that has helped me to unlock a part of myself begging to be free. Medication has saved me and freed me from a life fraught with internal turmoil and constant struggle. My freedom has been found in the tiny pill that I take each morning, and I’m not going to be ashamed of that anymore.