I Could Have Been a Bearded Lady

We know so much more now about Polycystic Ovary Syndrome than when I was that scared teenager sitting on the cold examining table. 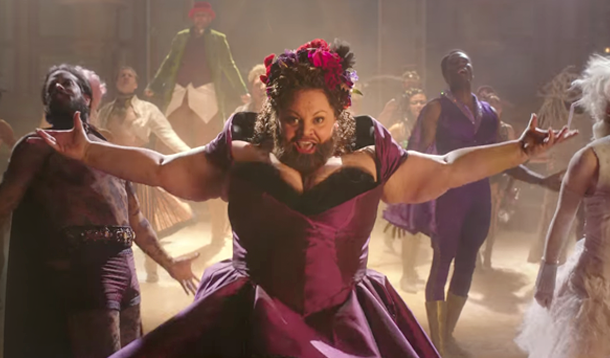 I have identified with the song “This is Me” from The Greatest Showman since the moment I heard it performed on the Oscars. Then I saw a clip of the song from the movie itself. In the movie, the song is sung by a bearded lady. Of course, I’ve seen bearded ladies in many portrayals of old circuses and side shows, real or fictional. But when I saw this clip, a light bulb went off. If I had been born in another time, I could have been a bearded lady.

I don’t walk around with a beard, and while I probably couldn’t grow a beard to make ZZ Top proud, if I put down the tweezers, I would have noticeable facial hair. I’m also overweight, another common characteristic of bearded ladies. This is probably not coincidental. I have Polycystic Ovary Syndrome (PCOS.) Two of the biggest symptoms of PCOS are obesity and facial hair. I am positive than many of the bearded ladies of the past had PCOS.

Of course, they wouldn’t have known it. When I was diagnosed as a teenager in 1996, very little was known even then. It had a different name then, PCOD – Polycystic Ovary Disease. It’s since been classified as a syndrome to account for the many ways it manifests. For example, though I have enough markers to be sure I have it, I’ve never had an ovarian cyst.

It’s a common condition, affecting as many as 15%-20% of women, yet until very recently, even doctors didn’t know much about it. When asked for my medical history, I have had many doctors and nurses look at me puzzled at the mention of it. And imagine my surprise to see this condition I have pop up on the show Mystery Diagnosis – a show that chronicles people with illnesses that stump doctors for years.

Since my diagnosis, I have met many people with the condition, including several friends. But when I first start exhibiting symptoms, I felt very alone and shameful.

For me, it started with feeling one lone chin hair at a Rolling Stones concert when I was 14. 1994: the year I saw The Stones, and started growing a beard. I told no one. I just plucked that sucker, over and over, making sure it never saw the light of day.

In the years following, I essentially stopped getting a period. Aunt Flow visited maybe two or three times a year, and she didn’t stay long when she did. Lucky me, right? Well, yes, except what did that mean for my fertility and general health? The summer between grades 10 and 11, I gained 30 pounds. I attributed it to the box of frozen cookie dough I kept raiding, but I now know differently.

My doctor, unsure exactly what was going on, sent me to a gynecologist, who informed me I had PCOS. She didn’t tell me much else. I asked if I would have trouble having children, and she essentially told me “maybe” and left it at that. At the age of 16, I began to worry I might be infertile. I hadn’t even had my first boyfriend yet.

I continued to gain weight, and facial hair. I went on birth control to stabilize my periods. And mercifully, I did not experience the trouble with fertility that so many women with PCOS suffer through. Coming off birth control jump started one normal cycle, and along came kid #1. Having kid #1 reset my cycles, and surprise, kid #2.

We know so much more now than when I was that scared teenager sitting on the cold examining table. And the community of “soul cysters” is wide and welcoming. But the stigma is still there. I still pluck the hairs. I still struggle with my weight, and with the internalized shame that comes with it. And of course, there are still the health ramifications. PCOS puts me at a higher risk of things like Type II diabetes and other secondary conditions. I’m in awe of the women with PCOS, many of them models, who wear their beards proudly.

I’m not there yet. In many ways, I still feel like the bearded lady – an anomaly that people would look at like an attraction if they knew my true identity. I know it’s unlikely I’d be welcomed at the circus, but I guarantee people would stare at the grocery store.

My view of these women of the circus has forever changed from that of pity to one of comradery. I know that it is only the happenstance of time that prevented me from being one of them. I applaud their courage, and weep for their hardships. I hope that wherever they are now, they know they are welcome in the Soul Cysters Club.

RELATED: My Journey To Becoming A Mom