Losing weight is not something that should be on his radar. But even if he was on the heavier side, like our older son is, it would have broken my heart. 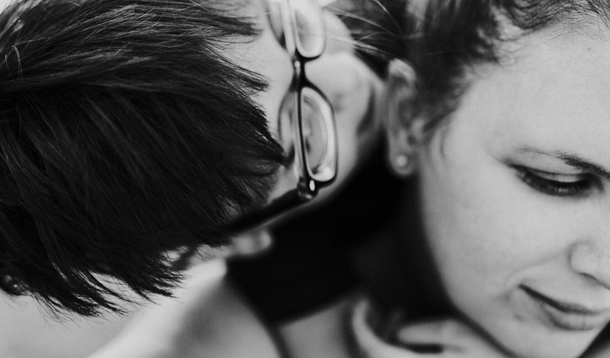 My five-year-old looked calmly at me, and declared very matter-of-factly, “I will sing no requiem tonight, okay Mommy?”

What a weird thing for a kid to say out of nowhere. Except it wasn’t out of nowhere. It is a line from a song on the “Dear Evan Hansen” soundtrack that I listen to frequently when I am alone in my room writing. I asked him how he knew that line, and he told me if was from that song I like. I had no idea he paid close enough attention to quote music he heard occasionally playing in the background. I guess it’s a good thing gangsta rap is not really my thing.

But there is truth to the cliché about kids being little sponges. They take in everything. Unfortunately, sometimes the messages they pack away are less innocuous than amazing show tunes.

One of my many parental failings is that we frequently eat in front of the TV. We are careful about what shows the kids see, but we have little control over the commercials. I didn’t concern myself too much with this until one day, an ad for Weight Watchers came on. Nothing about it seemed particularly sinister to me, it was just talking about eating healthy and losing weight.

Then my five-year-old pushed his dinner away and said he was full, and that he didn’t want to eat any more because he needed to lose weight. Now, my kid puts Olive Oil to shame. If he turns sideways, he disappears. Losing weight is not something that should be on his radar. But even if he was on the heavier side, like our older son is, it would have broken my heart to hear.

I told him he didn’t need to lose weight, but that if he wasn’t hungry anymore that was fine. In my attempt to raise children with proper food management, I have never forced them to eat.

He then turned to me and asked if I was going to lose weight. I was dumbstruck as a grappled for a response. I do need to lose weight. As someone with a physical disability and PCOS, that’s easier said than done, but I could certainly be trying harder than I am. Should I validate the idea he clearly has in his head that big people should lose weight, or do I give the impression that eating healthier isn’t tied to being healthier overall? Neither seemed a good option.

I brushed off the weight question, and simply told him that eating healthy foods and making healthy choices are important no matter what size someone is; but I could tell that wasn’t a satisfactory answer to him. He had seen the before and after pictures right there in black and white. Fat is bad, thin is good. Mommy is fat.

Of course, this wasn’t the first time he had realized I was fat. He constantly comments on my big tummy or points out which part of me is jiggling today. I make a conscious effort to not be offended by his comments. I want him to realize that fat is simply another body type, without a hierarchy. While I would be mortified if he called a perfect stranger fat because of my own hang-ups with the word, I don’t want him to see fat as an insult or something to be ashamed of. Instead of the knee-jerk, “It’s mean to call someone fat” I favour a more universal “It’s rude to talk about people’s bodies.”

But what that commercial showed me was that despite my very intentional choices to teach my children that bodies come in all sizes, and all bodies are good, they will still be bombarded with messages to the contrary. And not only that, they will internalize them, like my skinny kindergartener refusing the rest of his dinner.

Body image in the media is nothing new. I continue to push for representation of all bodies, and the promotion of healthy choices instead of idealized body size, but I know that we are unlikely to see major changes in this area before my children are older.

In the meantime, I think it’s on us as parents to counter these messages with positive ones. When the weight loss commercials come on, stress the healthy lifestyle part, not the weight part. Programs like Weight Watchers are great, and often losing weight is a by-product of making healthy lifestyle choices. But a thin body is not more valuable than a fat one, and there is no shame in being fat.

If they are worried about their own appearance, ask them why. If they are self-conscious of their weight, don’t just tell them they are beautiful how they are (though they are,) ask them if they feel healthy and if they’d like to become more active or make some dietary changes. If they are eating well (NOT dieting. Proper calories, proper portions, everything in moderation. No food is bad, it’s about balance) and they are active and healthy, and they happen to lose some weight, then that’s fine. If they don’t, then that’s what their body is meant to be. They are worthy and valuable either way.

And the most important thing we can do is show our children that we love our own bodies. Even if they jiggle.

RELATED: In the Pursuit of Perfection, I Found Eating Disorders and Misery